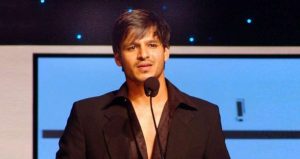 “Even if one woman is offended by my reply to the meme, it calls for remedial action. Apologies tweet deleted,” Oberoi tweeted.

“Sometimes what appears to be funny and harmless at first glance to one, may not be so to others. I have spent the last 10 years empowering more than 2000 underprivileged girls, I cant even think of being disrespectful to any woman ever,” Oberoi said in a tweet.

The National Commission for Women (NCW) on Monday sent a notice to Vivek Oberoi for posting a meme about Aishwarya Rai Bachchan’s personal life and comparing it with the Lok Sabha elections exit polls.

NCW chairperson Rekha Sharma called Vivek Oberoi’s tweet “distasteful” and “disgusting”, but also said that a legal notice will be served to the actor.