At the fateful session at Jaipur, minutes before Ashis Nandy’s unfortunately worded statement, fellow panelist Richard Sorabjee spoke about the limits of free speech and how hate speech is defined in India. “Deliberate malice” is the phrase he used, saying that only something that was deliberately intended to denigrate a person or community could justifiably be censored. Nandy’s comments clearly did not fall under this criterion, and if the same standard is applied to Kamal Haasan’s Vishwaroopam (released in Hindi as Vishwaroop), the recent protests against its release seem decidedly unjustified, silly even.
In V for Vendetta, when Evey Hammond finds that Stephen Fry’s character owns a Quran, she asks him whether he is a Muslim. “No, I’m in television,” he replies. That would be a better reading of Haasan’s film: by no means a better version of Innocence of Muslims, but a very commercial film where religion is incidental to a plot that simply aims to entertain rather than make a sociological point. Haasan has said that this film is a tribute to Muslims, that they will send him a “lot of biriyani for Eid next year”. That is unlikely, and one suspects that such statements were made more for publicity reasons than anything else. The protestors claim that the film is regressive because the terrorists are Muslim, while he claims it is progressive because the RAW agent chasing them is also one. Neither is particularly valid; both have occurred in film before to mixed results.
The plot – for anybody who doesn’t know already – is fairly simple. Vishwanath (Haasan) is a Kathak dancer who is actually a RAW agent working to thwart a terrorist plot by Omar (Bose), the commander of a terrorist group he had earlier infiltrated in Afghanistan. The plot involves exploding a dirty bomb, for which Omar’s cohorts have been stealing cesium from radiotherapy machines made by a company for which Vishwanath’s wife Nirupama (Kumar) works. The wife, of course, is clueless about her husband’s secret life, which leads to some humour inspired by True Lies. Once everyone knows everything, it is a fairly run-of-the-mill chase sequence, all of which rather cynically builds up to a sequel, the horrendous trailer for which is shown at the end of the movie. Interspersed are flashbacks of his years in Afghanistan, which by no means depicts the terrorists as black-and-white bad guys, but people fighting for an ideal (with no judgement made on the validity of that ideal). Neither are they shown as overtly heroic. “First it was the British who came, then the Soviets, the Americans, and now the Taliban,” a woman tells Omar after an American raid on her village. “What are men but monkeys with tails in the front?”
On the contrary, if anyone comes out of this movie looking bad, it has to be the Americans. “We fight for Allah, but the Americans fight for petrol,” says one terrorist. “If you laid out barrels of petrol in front of them, they would bow down in namaaz.” Later, the FBI agents who arrest our heroes are shown to be typically racist, with much unfortunate humour drawn from their moronic statements. One interrogator, for instance, on finding out that that Ashmita’s God has four arms, comes up with this gem: “So how do you crucify him?” The events of the film take place after the killing of Osama (the terror plot involved is revenge), and Haasan and his RAW colleagues rather maturely condemn the euphoria among the Americans after the event, while acknowledging that it might be justified after the pain of 9/11.
Judged when shorn of religious blinkers, Vishwaroop is a fairly competent action thriller, with some cerebral plot twists, that, if anything, errs on the side of caution when it comes to Muslim sentiments. 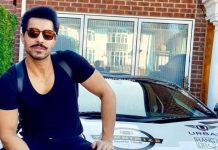 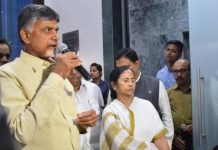