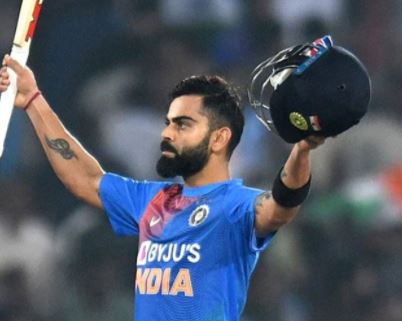 Tendulkar had reached the milestone during his 300th innings, while Kohli notched up the landmark in only his 242nd ODI innings.

The 32-year-old Indian captain reached the milestone during the third ODI against Australia in Canberra.

Kohli had an aggregate of 11,977 runs in 241 innings before the start of this game and got to the landmark soon after winning the toss and batting first.

Kohli made his ODI debut in 2008 against Sri Lanka and has hit 43 ODI centuries and 59 half centuries in a career that’s spanned over 12 years.