New Delhi: JNU administration on Monday warned students against indulging in any kind of violence on campus and said the clashes broke out on Sunday after some students objected to a ‘hawan’ conducted “peacefully” on the occasion of Ram Navami, an assertion also made by the RSS-affiliated ABVP.
However, the JNU Students Union (JNUSU), which is led by Left-affiliated outfits, has alleged that ABVP members attacked the students while opposing the serving of non-vegetarian food in the Kaveri Hostel mess on the Hindu festival.

In a statement, the university clarified there is no bar on serving non-vegetarian food, stressing that the mess is run by the student committee and the administration has nothing to do with their menu.
Police said that 20 people were injured in the Sunday clashes between the two groups.
“Taking serious note of the incident, the Vice Chancellor, rector and other officials visited the hostel and met the students. The VC conveyed that no violence will be tolerated on campus and appealed to the students to maintain peace and harmony,” the JNU Registrar said in an official appeal to the students.

“JNU administration reiterates its resolve for zero tolerance towards any form of violence on campus. The students are also warned to refrain from involving in such incidents which disturb the peace and harmony on campus. If anyone is found indulging in such acts, they will be liable for disciplinary action as per university rules,” he added.

In the statement issued later in the day, the university said that there was a scuffle on the campus on April 10 between student groups.

“It was the occasion of Rama Navami and Hawan was organised by the students in the Kaveri Hostel and there were who were objecting to this. The wardens and Dean of Students tried to pacify and the Hawan was concluded peacefully.

“Despite this, some group of students were not happy with this and soon after, at the time of dinner, a ruckus was created over there and heated arguments were followed by an altercation between both the groups in the Kaveri Hostel,” said the statement by JNU registrar.

Akhil Bharatiya Vidyarthi Parishad (ABVP) on Monday alleged that students from Left-affiliated outfits wanted to disrupt the Ram Navami pooja and are using diversionary tactics by raising the issue of non-vegetarian food.

Members of Left-affiliated student bodies accused the ABVP of inflicting violence on students and imposing their food choices on students.

Clarifying that the mess is run by the student committee and the administration has nothing to do with their menu, the statement by the JNU registrar said that the wardens clarified on the spot and issued a notice when the ruckus was going on among students that there is no bar on serving non-vegetarian food.

“The warden issued a notice calling for peace and clarifying issues,” it said.
Asserting that the administration immediately swung into action, it said that JNU vice-chancellor Santishree Dhulipudi Pandit visited Kaveri Hostel in the night and took stock of the situation.

“JNU is an institution with a rich legacy which has nurtured generations. It has always been known for academic and intellectual pursuits with a strong culture of healthy discussions and debates. We appeal everyone to exercise restraint and let the academic environment flourish in JNU without any external disturbances,” the statement said. According to police, security has been tightened at the Jawaharlal Nehru University to maintain peace and ensure no untoward incident takes place again. 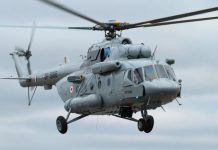 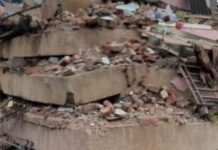