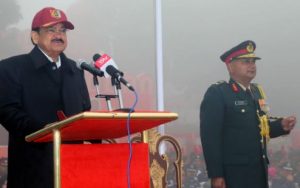 He was received by the Director General, NCC, Lt Gen P P Malhotra at the venue.

A contingent of smartly turned out NCC cadets drawn from all the three wings of the Army, Navy and Air Force presented a ‘Guard of Honour’ to the Vice President on his arrival. This was followed by a Band display by Government High School Mizoram and Sainik School Kapurthala, which was fully appreciated by the audience.

Speaking on the occasion, the Vice President complimented the efforts of NCC, in grooming the youth of the country and its contribution towards ‘Nation Building’.

Naidu also mentioned that NCC is, and would be at the vanguard of all activities of channelising our youth into a creative force to usher in social changes through a wide spectrum of activities.

He appreciated the impressive turnout of the ‘Guard of Honour’ and urged the NCC cadets to make the most of the NCC training and be responsible and empowered citizens of the country.

The cadets attending the Camp will be participating in a number of activities, like cultural programmes, national integration awareness and institutional training competitions. 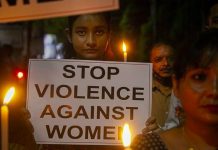