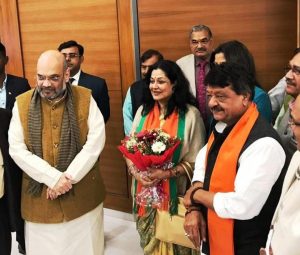 Born in Kolkata, she had contested the 2004 polls on Congress ticket from Kolkata north-east seat but lost.

Chatterjee has shared screen with actors like Shammi Kapoor, Rajesh Khanna and Jeetendra.

Besides Bollywood, she has also acted in Bengali cinema.