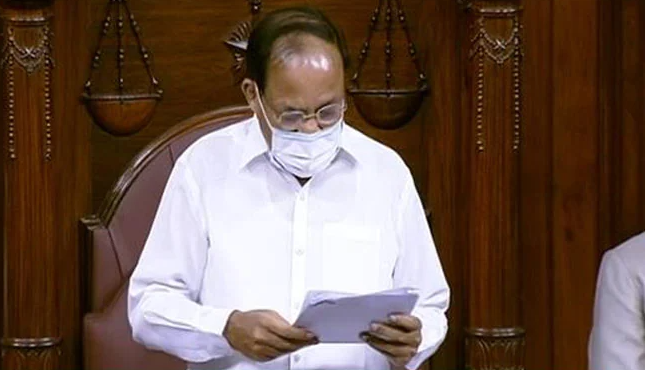 Rajya Sabha Chairman M Venkaiah Naidu on Wednesday expressed distress over the behaviour of opposition leaders in the House Yesterday.

The Chairman broke down as he spoke about yesterday’s ruckus when some members sat on the tables and some climbed on the tables.

“All sacredness of this House was destroyed yesterday,” he said.  Recalling the debate in the Constituent Assembly, he said the Upper House should not become a clog in the wheel of progress.

Reminding the members that Jawaharlal Nehru had “feared in 1936 that a Second Chamber (Council of States) would check any forward tendencies of the Lower House and be reactionary”, Naidu asked, “Are we making Nehru-ji’s worst fears come true? I hope we are not.”