Post revocation of Article 370, the political landscape of Kashmir is being altered, reports RIYAZ WANI 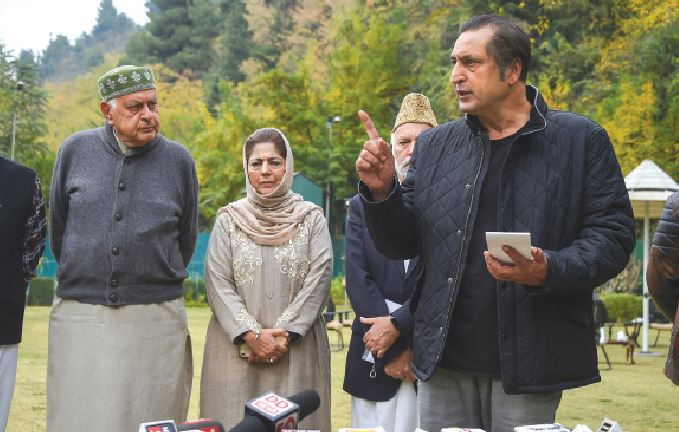 As part of the unfolding permutations and combinations in Kashmir politics following the withdrawal of Article 370, the former PDP patron Mehbooba Mufti joined the People’s Conference (PC) led by Sajad Gani Lone. Beigh has been active in J&K politics since the early eighties and has, in fact, started his career with the PC itself. The party was then led by Lone’s father Abdul Gani Lone, who was also its founder. He was assassinated by unidentified gunmen in 2001 when he was a top Hurriyat leader.

With Beigh’s entry, the PC has received a shot in the arm, not necessarily in terms of an increase in electoral support for the party. Beigh will add to the weight of the PC whose footprint since its founding has been limited to a part of North Kashmir. The maximum Assembly seats that the PC has won in an election are two. Beigh, who has some support in Baramulla, a district in north Kashmir, can help expand the party’s base in North Kashmir already strengthened by joining of Imran Reza Ansari, who commands substantial support at Pattan, a constituency in district Baramulla.

In theory, the entry of major leaders likes Beigh and earlier that of Ansari has built the PC up as a strong north Kashmir party. And should Lone succeed in rallying North Kashmir around his party, it will transform the electoral landscape of the Valley. This would split up Kashmir among the three parties: the National Conference (NC), the PDP, and the PC. That is if we discount the chances of Apni Party led by businessman turned politician Altaf Bukhari, which boasts of some leaders, most of them drawn from the PDP, who commands some support in their respective constituencies.

The PDP has traditionally been dominant in South Kashmir and the NC in central Kashmir with Srinagar city as its core base. And now the north where both the NC and the PDP won their seats is witnessing the emergence of the PC as a major player. Whether this new political reality also reflects in the seat tallies of these parties in the future assembly election remains to be seen.

The situation is paradoxical: on one hand, people in Kashmir Valley would occasionally want to be rid of the dynastic rule of the NC and the PDP, the parties controlled by one family each and on the other, they fear political marginalization as several parties vie for the crucial 46 seats in Kashmir province which play a decisive role in who rules the state.

There are already six local political parties that participate in the electoral process: two of them, the NC and the PDP are so far disproportionately stronger than the other three, Awami National Conference led by Muzaffar Shah, Jammu and Kashmir Democratic Party led by Ghulam Hassan Mir, Awami Itihad Party led by Engineer Rashid and the PC.

The PC’s new political avatar along with existing smaller parties and the popular independent leaders like Hakeem Yaseen are likely to further nibble away at the seat tally of the NC and the PDP, rendering them incapable of emerging as the dominant power players. And their loss again could very well be the BJP gain. If the NC and the PDP lose a share of their respective seats to the new parties, the BJP ironically could emerge as the largest single party in a Muslim majority state steeped in separatist politics, as it did in the recent DDC polls. And then the BJP will not only be in a position to select a partner but will also be dominant party in the coalition.

It is not that Kashmir has not been a multi-party society. Before the eruption of the separatist movement in 1989, Kashmir was a scene of an unyielding political tussle between the NC, the Jamaat-i-Islami and the PC. However, the NC was the only pan-J&K party while the Jamaat-i-Islami and the PC were only bit players. Jamaat despite being an old cadre based party could hardly garner 3-4 seats and the PC a maximum of two seats. But their poor showing wasn’t necessarily a function of their less popularity. All pre-1989 elections in Valley except the one held in 1977 are believed to have been rigged in favour of the NC.

The advent of the PDP as a credible opposition in 2002 profoundly altered the political scene in the Valley. On one hand, the party ended the political monopoly of the National Conference and on the other, it turned Congress into a king-maker. With Valley seats split between them, the NC and PDP were hardly in a position to form the government without support from a Jammu-based party: the BJP or Congress. This is why, Congress ruled the then state for the twelve years as part of the coalition government, first with PDP from 2002 to 2008 and thereafter with the NC from 2009 to 2014. But now with Congress decimated and BJP stepping into the breach, the NC and the PDP — or for that matter, even the PC now — on a decent showing in polls are obliged to share power with the saffron party, even in union territory polls.

This is what makes the PC’s expansion also the birth of the Apni Party, development of such profound import. It is expected to further undercut the electoral standing of the NC and the PDP and which while it may be a welcome diffusion of power will end up undermining the capacity of any Kashmir-centric party to form the government either on its own or as a majority partner in a coalition with the BJP. Hence the concern.

And accentuating this unease further is that while Kashmir Valley has witnessed the growth of new parties, Jammu hasn’t. It is still the traditional parties like the BJP, the Congress, the NC, the PDP, and the Jammu-centric Panthers Party that make the province’s electoral landscape. 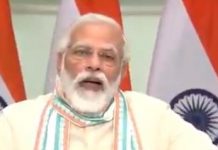 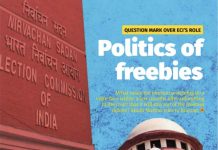 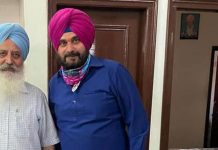