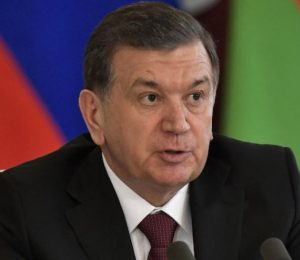 Uzbekistan President Shavkat Mirziyoyev, accompanied by a high-level delegation will arrive in India on Sunday on a two-day visit.

This will be the first visit of President Shavkat Mirziyoyev to India since assuming office in 2016. President Mirziyoyev, accompanied by his spouse will pay a visit to Agra on 30th September.

On 1st October, President Mirziyoyev will visit Rashtrapati Bhawan after which he will go to Raj Ghat to pay homage to the Father of the Nation.

President of India Ram Nath Kovind will host a banquet for his Uzbek counterpart.

Relations between India and Uzbekistan have traditionally been close and cordial. Since 2011, the two countries have raised their relations to the level of “Strategic Partnership” encompassing cooperation in a wide spectrum of areas including health, defence, political, economic, education, culture, human resource development, counter-terrorism, science and technology, and tourism.

Visit of President of Uzbekistan will provide an opportunity to discuss regional, bilateral and multilateral issues of mutual interest and reinforce the strategic partnership which exists between India and Uzbekistan. 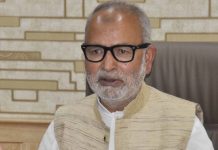