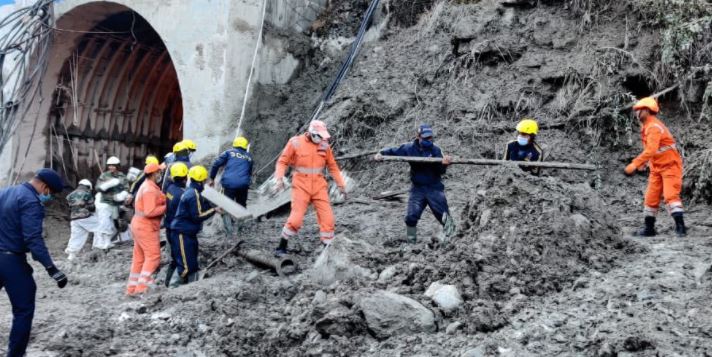 The glacier burst triggered huge floods in the Alaknanda and Dhauliganga rivers on Sunday morning.

The flood swept away bridges, damaged homes and the nearby Rishiganga and NTPC power projects.

An operation to rescue people trapped in a tunnel is currently underway and heavy machinery is being used to clear the debris. A total of 15 people have been rescued and 14 bodies have been recovered from different places so far, said the Chamoli Police.

“The relief and rescue operations continued for the people trapped in a tunnel. Efforts are on to clear the tunnel with the help of JCB machine. A total of 15 people have been rescued and 14 bodies have been recovered from different places so far,” Chamoli Police tweeted.

Meanwhile, the Indo-Tibetan Border Police (ITBP) has intensified the search operation at the second tunnel near the Tapovan dam.

“ITBP personnel on the rescue mission at Tunnel in Tapovan, #Chamoli, Joshimath. Excavators being used to clear the slush and debris inside the tunnel to open it,” ITBP tweeted.

Uttarakhand DGP Ashok Kumar on Monday said that there was no need to spread panic as the glacier burst yesterday.

“The glacier burst yesterday, boulders and debris followed which washed away the Raini power project causing a massive impact on Tapovan. All of this happened yesterday. 32 people from first and 121 people are missing from the 2nd project,” he said.

“Out of these, 10 bodies have been recovered so far – 3 from Tapovan and 7 in the route to Karnprayag. 12 people rescued from the smaller tunnel in Tapovan yesterday. Efforts are underway to open the bigger tunnel. Debris is being removed from it,” he added.

PMO tweeted, “While in Assam, PM @narendramodi reviewed the situation in Uttarakhand. He spoke to CM @tsrawatbjp and other top officials. He took stock of the rescue and relief work underway. Authorities are working to provide all possible support to the affected.”

In another tweet, the Prime Minister said, “Am constantly monitoring the unfortunate situation in Uttarakhand. India stands with Uttarakhand and the nation prays for everyone’s safety there. Have been continuously speaking to senior authorities and getting updates on NDRF deployment, rescue work and relief operations.” 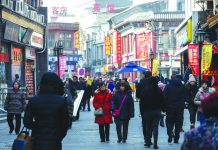