A local court on Friday awarded life imprisonment to all the seven convicts for killing two men in Kawal village in an attack in Uttar Pradesh’s Muzaffarnagar in 2013.

The riots were one of the worst communal clashes in Uttar Pradesh’s history, that had claimed over 60 lives and more than 50,000 were displaced.

The seven men – Muzammil, Mujassim, Furkan, Nadeem, Janangir, Afzal and Ikbal – were convicted on Wednesday by a local court in Muzaffarnagar for killing two people and rioting in Kawal village in August 2013.

The riots took place over a minor altercation between youths. 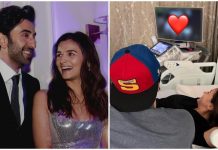