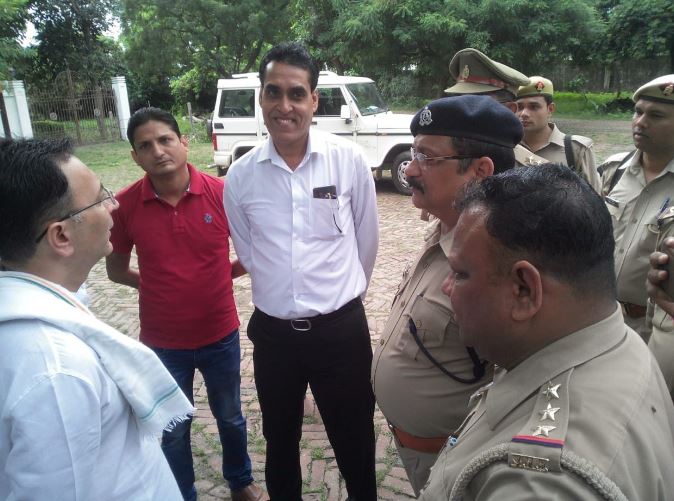 Congress leaders on Monday said that they were not given permission to take out a “Nyay Yatra” in support of the jailed law student who had accused BJP’s Chinmayanand of sexual assault.

Congress leader Jitin Prasada in a tweet said, “The nyay yatra by @INCIndia in solidarity with the victimised Shahjahanpur girl will go ahead full strength. The Yogi govt cannot crush the democratic right to protest against a crime. The fight for justice will not be silenced .”

Prasada also claimed that he was taken in preventive custody in Shajahanpur.

“UP is no Kashmir yet today I am in preventive custody for simply wanting to highlight the plight of the Shahjahnpur rape victim. This BJP govt has no qualms in quashing an individual’s fundamental rights!,” Prasada tweeted.

Last week, the law student was arrested by the Special Investigation Team (SIT) in the case of extortion.