At least 13 people were killed and 31 injured as a double-decker bus they were travelling in collided with a truck on the Agra-Lucknow Expressway, police said on Thursday.

The accident took place on Wednesday night in Firozabad.

According to the sources, the sleeper bus was going from Delhi to Motihari (Bihar) when it hit the container truck from behind.

Uttar Pradesh Chief Minister Yogi Adityanath has taken cognizance of the accident and directed the district magistrate and senior superintendent of police to oversee the relief work.

He also told the officials to ensure proper treatment of the injured. 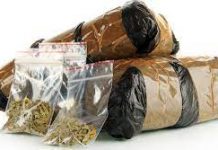