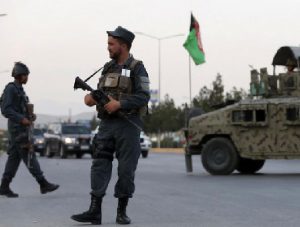 Amidst the initial reports from the ongoing peace talks at Munich, India appears to be just watching and observing the implications of the ongoing peace talks at Munich between the US and the representatives of the Talibans. The presence of the other stakeholders Russia, China, Iran and Pakistan too are on the high table of negotiations. The Talibans have assured reduction in the level of violence for next one week till the initial agreement is finalized. However, they have not explained the exact implications of the reduced violence in the country. The proposed peace plan is expected to be signed by the end of the current month.

The Indian apprehension is caused by two key developments, firstly, the dissensions among the senior leaders of the present non-Taliban leaders in Kabul, and secondly, the new role of Pakistan in Afghanistan, which may again trigger off the Jihadi violence in the region. Amidst these developments, the election commission of Afghanistan has announced the reelection of the president Ashraf Ghani.

His chief rival, Abdulla Abdulla, too ahs announced his victory as the president.  He has even accused the poll body for deliberately delaying the poll results by five months. It is, indeed, a dilemma before the Prime Minister Narendra Modi who should eb congratulated for winning the election. Both Ghani and Abulla Abdulla are quite well known in New Delhi’s political and diplomatic circles.

During the eighties, India was a part of the consortium comprising Russia, China, Iran and Uzbekistan supporting  the struggle of the Northern Alliance against the Pakistan-US backed Talibans. In 1979, baced by the then USSR (Union of Socialist Soviet Republics), the Communists had formed their first government in Kabul. It was considered that the Russians have achieved their dream of the Czar years of reaching the warm waters of the Indian Ocean.

India’s room for maneuver in Afghanistan is constrained by structural aspects, such as her limited material capacities, reputational concerns, and lack of geographical contiguity. India had aligned with the Afghan communists in the 1980s, alongside the Soviet Union, and a similarly futile effort in the 1990s, when it threw its weight behind the Northern Alliance with support from Iran and Russia. Meanwhile, Pakistan was able to exploit the traditional rivalry between the West and Russia. During the British regime, the colonial government used to pay hefty stipends to the Muslim clergies to speak against Hindus, Sikhs and Russians after the Friday prayers. It is often claimed that in February 1801, more than 22,000 Cossacks led by Ataman Matvey Platov set off from the Don Steppes on an unprecedented campaign through Central Asia and Afghanistan to India.

For the Pakistani rulers, the Russian presence in Afghanistan became a God-send opportunity. Mohammed Zia-ul-Haq, the then Pakistani military dictator used the Russian intervention for extracting huge favors from the West He could, now, disguise his political ambitions and aggressive scheming character under the veneer, projecting an image of a devout spiritual Muslim. Earlier, Zia, a three star general, had successfully manipulated Prime Minister Z.A. Bhutto to grab the coveted post of the army chief superseding a number of senior military officers. It is often stated he used to polish Bhutto’s shoes. Three years later, he not only toppled Bhutto, also ensured his hanging on a manipulated murder charge and sham judicial process.

During the Zia years, Pakistan became a conduit for extending financial and weaponry support to the Afghan Islamic Mujahideen. Later, he changed the tactics by setting up terrorists training camps. The Pakistani army had established such centers, but they were only for training terrorists to wage a low-key covert war against India.

With his success in obtaining huge funds from the Saudi Arabia, UAE and the West, Zia expanded these camps recruited a large number of youths, from Afghanistan, Pakistan, Middle East Muslim countries and even from Jammu and Kashmir. The promotion and radicalization of Islam helped Zia to stabilize his power base within the country. It became Zia’s multi-dimensional strategy to obtain maximum financial support from the West and Muslim countries, and at the same time, he could camouflage the judicial murder of his mentor, Bhutto.

Since India had supported the Soviet supported regime in Afghanistan, she could not have any political presence in this new power game. Meanwhile, during the Zia regime, the ISI could intensify their covert operations against India, whether it was an attack on Parliament in New Delhi or Mumbai. Entire India was now being targeted. 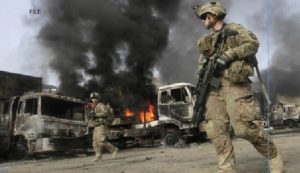 The well-entrenched terrorists were ousted only after the 9/11, which forced USA to bomb their headquarters in Afghanistan to restore non-Taliban regime. It may be remembered that before 9/11 the West was supporting Talibans. Carole Hillenbrand, a British scholar, known for her deep studies of the Islamic affairs has stated, “the Taliban have arisen from the US-Saudi-Pakistan-supported Mujahideen to fight the Soviet takeover of Afghanistan.

The ongoing US-Taliban secret peace talks will have direct impact on India. India cannot be insulated from the impact of these developments. She has been on excellent terms with the present non-Taliban government in Kabul and invested billions of dollars for establishing as many as 400 projects in the 34 provinces of Afghanistan and in the development of the Iranian port, Chhabahar, for better connectivity to the landlocked, Afghanistan, without being dependent upon Pakistan.

The Trump establishment has reiterated several times that it is ready to end the war in Afghanistan. The question is whether US will be able to keep its commitment to continue war against terrorism. The world has faced, India in particular, the Islamic terrorists having liberal funding from the flourishing joint narcotics business of the ISI and the war lords of Afghanistan.

Indian apprehension is not totally unfounded that the increased Pakistani influence in Afghanistan may not only lead to a reduced Indian presence but will also make India more susceptible to Pakistani-inspired terrorism. The elephantine memory of Indians have not forgotten that how the Taliban terrorists had conspired with the ISI in hijacking an Indian civilian plane from Nepal and it was released only after paying a huge ransom (India has not accepted that Talibans were paid any money)  and release of the dreaded militants including Masood Azhar.

Amidst the reports of Talibans expected return to power in Afghanistan, the recent terrorist attacks in Kashmir has claimed the lives of more than 40 personnel. It underscores that India will be the first target of those who see in a U.S. withdrawal a Taliban victory.

The Talibans may not forgive India for the training of Afghan police, army, and intelligence officers. India’s consular presence has enabled her to get an insight into the ground realities of the Afghan war. But in response to such inroads, outfits such as the Lashkar-e-Toiba and the Haqqani network, supported by ISI, have already started targeting Indian personnel and installations.

India appears to be heading toward yet another crisis in Afghanistan. It may be noted that even after the withdrawal of the Soviets in 1980s, India had continued to support the fragile government of Mohammed Najibullah. It was a failure of the Indian intelligence as well as the politicians to understand the ground realities of the fluid Afghan situation.

The announcement on February 18 comes a day after Afghanistan’s Chief Executive Officer Abdullah Abdullah told a meeting of government ministers that the Taliban had agreed to a seven-day reduction of violence ahead of a peace deal with the United States that had been “finalized” a week earlier and may be signed as soon as February 29. According to the agreement, all foreign troops will leave Afghanistan and some 5,000 Taliban prisoners are to be released”.

The US chief negotiator Zalmay Khalilzad in his tweets has confirmed that an agreement between Washington and the rebel group to reduce violence, but he stressed that ‘success cannot be guaranteed’. Meanwhile, the negotiations have now shifted from Doha to the Munich Security Conference. Khalilzad said he has already briefed all the leaders at the Munich Security Conference about the peace process and ‘also discussed next steps and committed to working together on the difficult and complicated road ahead.’

Amidst these concerns, it is also possible that the new governments in Afghanistan may not be under the total spell of the Pakistani government. It may allow the ongoing development of the Chabahar port of Iran, which is being jointly developed by India, Iran and Afghanistan. The situation may really be improved, if Iran and the US again come together on the nuclear issue. The US sanctions are withdrawn.

It is hoped the Indian diplomacy, which is fortunately in communication with all the concerned parties, has matured in recent years, will be able to ensure her legitimate role in the region, before it plunges in the dark alley of terrorism. Her role as a constructive regional player that has helped build the capacity of the Afghan state in economic, political and military terms may be allowed to continue.