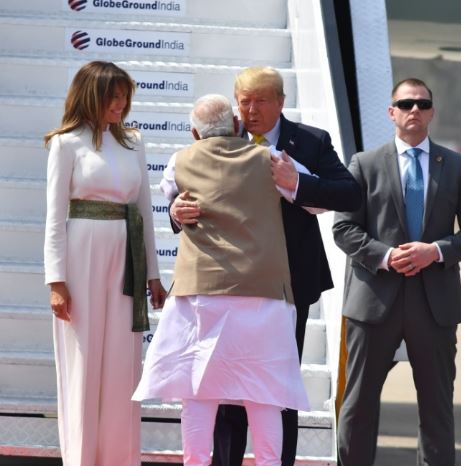 US President Donald Trump on Monday arrived in India on a two-day visit. They were received by Prime Minister Narendra Modi at the airport.

President Trump will visit Mahatma Gandhi’s Sabarmati Ashram, take part in a roadshow with PM Modi and jointly address over one lakh people at Motera stadium before heading for Agra to see the Taj Mahal.

“Motera set to transform into the loudest stadium in the world for today! The excitement in the air is palpable as the crowd builds up inside Motera awaiting PM @narendramodi and welcome President @realDonaldTrump & @FLOTUS for #NamasteTrump,” Kumar tweeted.