The US is gearing up for possible unrest after the presidential elections.

According to reports, Federal law agencies warned about the protests across the US, specifically in New York, New Jersey and Washington DC after the results for presidential elections is announced.

Federal agencies warned that irrespective of the result, the chances of violence are expected in some areas. Earlier also Supporters of Donald Trump and Joe Biden clashed at various occasions.

As per reports, a non-scalable fence has been put around the White House to create a buffer in case protests turn violent. Businesses, restaurants and other commercial areas in various cities across the country are boarding up their windows as protection. 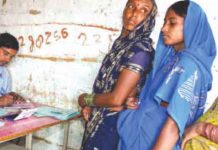