Six people, including one police officer and two suspected gunmen were killed in a shootout in New Jersey City on Tuesday.

According to officials, in a series of gunfights, five people – three civilian victims and the two suspects – were pronounced dead inside the store – and a police detective also lost his life.

The shooting began at a cemetery, where the officer was gunned down, and continuing at a kosher supermarket, where five more bodies were found, sources said.

Jersey City Mayor Steven Fulop in a tweet said that after an initial investigation, authorities now believe the suspects intentionally chose the site of their attack.

“Based on our initial investigation (which is ongoing) we now believe the active shooters targeted the location they attacked. Due to an excess of caution the community may see additional police resources in the days/weeks ahead. We have no indication there are any further threats,” Fulop tweeted.

US President Donald Trump in a tweet said: “Just received a briefing on the horrific shootout that took place in Jersey City, NJ. Our thoughts & prayers are w/ the victims & their families during this very difficult & tragic time.”

“We will continue to monitor the situation as we assist local & state officials on the ground,” he added. 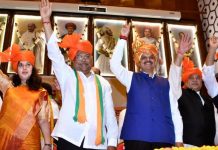 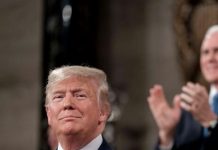 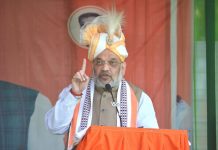 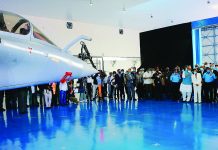