The United States on June 26 asked India, other nations to stop oil imports from Iran by November 4 or face imposition of economic sanctions.

Peter Harrell, a former sanctions official in the State Department, said, “I don’t see China and India going to zero.”

“Their (India and China) companies will be subject to the same sanctions that everybody else’s are if they engage in those sectors of the economy that are sanctionable, where there were sanctions imposed prior to 2015. And yes, we will certainly be requesting that their oil imports go to zero. Without question,” the state department official said.

Official added that companies in both the countries that continue to buy oil and other related products from Iran even after November 4 they will be barred from selling anything in the United States.

“We remain engaged with the EU-3 throughout this process, and we are going to continue to branch out in new countries and reach new partners as the weeks go forward,” the official said.

But a senior State Department official said that such routine waivers were not likely to be issued by the Trump Administration, although he did not rule them out entirely.

The State Department stated that there would be no waivers under the new sanctions regime. 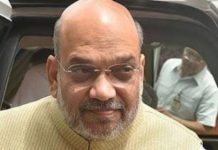