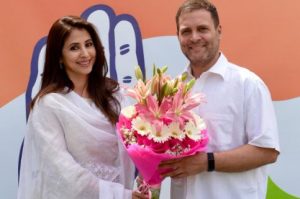 There is speculation that Congress will field her as its candidate from Mumbai North Lok Sabha constituency against Bharatiya Janata Party (BJP) leader Gopal Shetty.