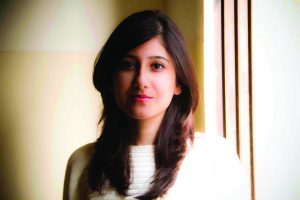 All books so far written on Kashmir have largely focused on the Valley and the ongoing turmoil there. Great Divide is, in a sense, the first book which dwells on the fallout of the conflict in the part of Kashmir under Pakistan’s control.

Given the turmoil and endless cycles of violence across the LoC, it is of course understandable that most literature has focused on Indian-administered Kashmir. Pakistan-administered Kashmir has been largely ignored or forgotten in the larger discussions on J&K. It was my visits and interactions with Kashmiris from Pakistan-administered Kashmir that revealed narratives of conflict that I felt were essential to explore. The Kashmir conflict has had severe implications for the people living in this region — mortar shelling, refugee camps, a constant state of uncertainty and vulnerability, political and administrative issues to name just a few. I wanted to understand how Kashmiris on this side of the LoC experience the conflict. After all, any resolution on Kashmir must also engage these Kashmiris for they are critical stakeholders in the region.

How would you describe the dominant discourse on Kashmir in Pakistan Occupied  Kashmir. And are there any parallel discourses too?

When I began my research, the most common discourse I would hear was of the desire for azadi — which is predominately understood as freeing Kashmir from Indian rule. Many Kashmiris favour Kashmir’s merger with Pakistan and believe that the struggle for liberation must continue. With the recent rise in tensions in Indian-administered Kashmir and with news pouring in of pellet injuries and violence, the desire for this azadi has only intensified.

However, as I delved deeper into my research, I also began to come across other narratives. For instance, a significant section in my book includes narratives of women living by the LoC. Since the 1990s they have been facing the brunt of mortar shelling. For them peace and
normalcy is far more important than azadi. They are disillusioned with the cause and resigned to the notion that the status quo is unlikely to change. They thus demand an end to fighting and for some semblance of stability.

There are also Kashmiris in Pakistan-administered Kashmir who are struggling for a united independent Kashmir and are critical of hegemonic policies in the region. For them azadi has a different meaning.

Your book claims to unearth in Pakistan Administered Kashmir something that will surprise Pakistanis and Indians alike. What is that?

Unfortunately, voices from Pakistan-administered Kashmir have often not been heard in many circles in India, Pakistan and even the larger J&K territory. The book brings forth certain oral histories, which offer a fresh perspective on the region.  For instance, in the book readers will find detailed interviews with refugees from Indian-administered Kashmir. As a Pakistani, I only learnt about the refugees and the camps when I started my research. The fact that they have been living here since the early 1990s and ache to connect with their families across the divide is an essential narrative. Similarly, while stories of mortar shelling are reported in India and Pakistan, the human impact has often been ignored. Moreover, India and Pakistan tend to often only report on casualties on the sides administered by them. The narratives of women and children from the LoC show what it actually means to live on one of the most volatile lines of division in the world. It goes on to show what is at stake each time the LoC is activated due to India-Pakistan politics and growing antagonism. The demands for political autonomy, greater emancipation and the transfer of power from Islamabad to Muzaffarabad are also critical to hear. In essence, the book moves away from
statist narratives on Kashmir to explore the human dimensions of the conflict from Pakistan-administered Kashmir’s lens. While the Kashmir issue has been reduced to a bi-lateral affair in many ways, these voices show how important it is so listen to Kashmiris. Their experiences often vary from those of the states that administer them.

You have met the former militants from this side of Kashmir. What was the drift of your conversation with them like? One former militant you have talked to recounts more or less a familiar narrative on the state.

How many Kashmiri refugees are there in PaK, what is there situation like and what do they say?

Refugees have poured in from Indian-administered Kashmir at different time periods since Partition. For instance, after the 1965 and 1971 wars several Kashmiris crossed over into Pakistan-administered Kashmir. The refugees I have focused on in my book mostly crossed the LoC in the 1990s. Figures vary but in 2017 Prime Minister of Azad Kashmir, Farooq Haider claimed that as many as 40,000 refugees have crossed over from Indian-administered Kashmir since 1989 whereas between 1947 to 1989 ‘2.2 million refugees came to seek refuge in Azad Kashmir.’ While some of these refugees were able to move in with relatives or build houses, others had to resort to living in camps set up by the Pakistani government. The refugees are given a monthly stipend and there are quotas reserved for them in public sector jobs. However, the conditions they reside in are heartbreaking. The camp I visited revealed small shacks, some made of mud, some with corrugated iron and others with brick. Basic facilities were missing with the stipend simply not enough to meet essential requirements. The refugees are also divided from their families, with many of them facing serious psychological difficulties too. One of the young boys I interviewed — who was born and raised as a refugee said, “There is no sewerage system, no dispensary, no proper water supply. At the end of the day this is a ghair ilaaka. It can never be home. I want to go back to my house, to my village, even though I have never seen it.” This longing to reunite with their families, homes and land is only growing with time. For many of them it is essential to continue the struggle for azadi for they say that it only when Kashmir is free will they be able to return to their ‘azad Kashmir.’

What is it in the oral narrative of PaK that conflicts with Pakistan’s official narrative on Kashmir. Do some sections of people have a more nuanced view of Kashmir settlement?

All states around the world tend to have metanarratives that are meant to explain the ground reality. However, people’s experiences are often at variance with or far more nuanced than what these state level narratives can fully encompass. For instance, while the ‘tribal raid’ is often glorified in mainstream Pakistani discourse, for many people that I interviewed, the impact of the raids was severe and uprooting and the perspective far more critical. Similarly, as I mentioned earlier, the official narrative on ceasefire violations tends to only focus on statistics whereas the everyday lived experiences of these violations are far more complex and grave and cannot be expressed in numbers alone. The demands for greater accountability, autonomy and political emancipation also often do not come forward in the official narratives on this region. It is these grievances and aspirations of the people of Pakistan-administered Kashmir that are discussed in this book, allowing for a deeper and more human-focused exploration of the conflict and its implications.

In your conversations with senior government functionaries, did you see any changes in the thought process in Pakistan regarding the policy in Kashmir?

The 2003 ceasefire has resulted in a significant shift in how the conflict and its resolution are imagined. For instance, periodic studies conducted by Gallup Pakistan reveal that whereas in 1991, 23 per cent of Pakistanis felt that war with India was the best way to resolve the Kashmir issue, by 2015 the number had fallen to 5 per cent. In contrast, the option of resolving the conflict through negotiations had increased from 24 per cent in 1991 to 37 per cent in 2015. As Pakistan grapples with internal security concerns and Pakistanis fall victim to terrorist attacks, there is a growing recognition that we need to move beyond violence as a solution. 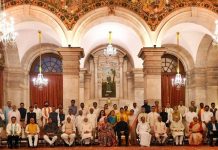 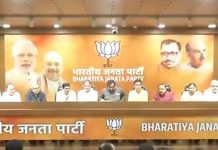