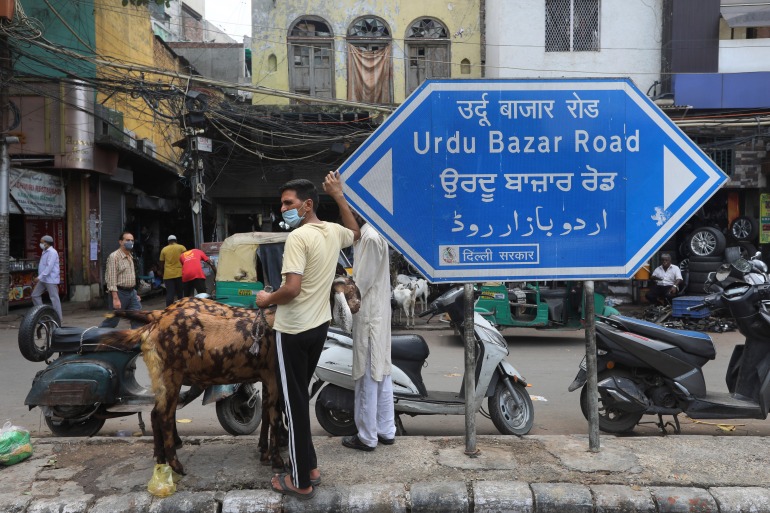 The petty politics and politicians of the country have tried burying this language! This ‘connecting language’, Urdu, lies crushed in the midst of the communal virus holding sway

I’d near forgotten that 21st February was International Mother Language  Day, till a senior colleague reminded me. And with that I sat forlorn, with the thought that my grasp of my mother tongue, Urdu, is dismal. And till this day I feel rather upset about this. And I do blame the political rulers and bureaucratic system for depriving the children from the minority community of their mother tongue. Why?  Because it is not taught in a majority of schools in India and with that out of the learning-grasp of the school-going Muslim children.

My parents tried their best that we don’t miss out on learning Urdu and had even arranged for a Maulvi Sahib, who would come to our home, to teach my siblings and I our mother tongue, Urdu,  and to also read the  Quran. And though my siblings did fare somewhat okay, but I couldn’t really go beyond the very basics. Many years later, Khushwant  Singh was shocked to know that  I wasn’t very fluent with my mother tongue  Urdu and insisted that I re-start learning it but then it was a bit too late for me. For I believe that what’s taught in school, remains intact and along the forever strain.

Khushwant’s rationale was that without the knowledge of Urdu I’d be missing on the vast rich expanse of Urdu poetry and literature. He realized the rough treatment meted out to this language by the successive governments and the politicians of the country was along the narrow communal outlook. He minced no words, detailing the slow death of this language, “Urdu is dying a slow death in the land where it was born and where it flourished. The number of students who take it  as a  subject in schools and colleges is dwindling…Apart from  Kashmir, where  Urdu is taught from the primary to the post-graduate levels,  in the rest of  India, it  is the second or third language. With the passing of years it has come to be dubbed as the language of the Muslims, which is far  from the truth.”

Khushwant would recite these verses of Urdu poets Rashid and Khurshid Afsar Bisrani, focusing on this near-death of Urdu.

(What is Urdu now but a whore in a whorehouse /Whoever wants has fun with her, very few love her.)

Yes, the petty politics and politicians of the country have tried burying this language! The stark reality is that Urdu lies bypassed, neglected and deadened. It is ‘alive’ only for Bollywood’s commercial needs. Or for the particular poetry and ‘shairi’ sessions. Otherwise, this ‘connecting language’, Urdu, lies crushed in the midst of the communal virus holding sway.

Around 2005, when I was a visiting professor at the Jamia  Millia  Islamia, I had met a researcher, Valerio Pietrangelo. He was pursuing advanced study of  Urdu and  Arabic from the University of Rome and had travelled  to Jamia Millia Islamia as part of his research work on –  ‘Partition Literature in Urdu,  written by women’. With  that in the backdrop, I’d asked  him  to comment on the Indian  Muslims he’d  been  meeting and also his comments on their mother tongue, Urdu. Valerio was forthright, “As my  main concern has always been Urdu  language and literature, my contact with the Muslim community in  India has always been filtered by my perception of the language issue. My impression is that Muslims are in a certain sense a backward community, at least many of them. As I met Muslims, I realized how dramatically they are shifting to Hindi and other Indian languages since government is not promoting Urdu language and literature. I think language is an essential element of group identity, therefore, I feel that Muslim identity is threatened.”

In today’s India, Urdu stands reduced to such lows that knowledge of Urdu cannot ensure employment; nor the basic means to survival. This treatment meted out to a language that carries the subtle power to heal and control emotions. In fact, a detailed study conducted by the Lucknow-based  Centre for  Biomedical  Researches  (CBMR) published in an edition of  international journal  ‘Neuroscience  Letters’ states that reading  Urdu script and Urdu couplets helps in brain development. This report, based on extensive research,  goes to prove that learning and reading  Urdu couplets helps in controlling emotions,  coping with  stress, delaying dementia. It could also be helpful for children with learning disabilities.

I can say with much confidence that another positive is that Urdu couplets, dripping with romantic strains, carry the ability to distract one from the dark realities of the day.

Perhaps, this particular verse of Sahir Ludhianvi relays the stark dark truth of the hypocrisy ridden times we are surviving in:

“The same cities where once Ghalib’s voice resounded

Now have disavowed Urdu, made it homeless

The day that announced the arrival of freedom

The same government that once crushed a living tongue

Now wishes to mourn and honour the dead

The man you call Ghalib was a poet of Urdu

Why praise Ghalib after suppressing his language.”

Here it gets significant to detail that my grasp of the Hindi language has been good and remains so. Why? For two basic reasons. Because it was taught at the school level. And at the Intermediate level I had even opted for Advanced Hindi. And that meant Hindi together with Sanskrit. But when I found the going to be tough, my father had engaged a Panditji who was teaching Hindi at Lucknow’s Islamia Intermediate College.

This tutor, who was called ‘Panditji’, taught me with so much of patience and earnestness that I fell in love, with the language, that is! With paan tucked in his mouth, Panditji wouldn’t look at his watch and would go on teaching for hours. Though he always declined the chai-paani offer, presumably because of the non-vegetarian food cooked in our Muslim household, but he didn’t make it apparent. I recall his one-liner, by way of declining, “ab to paan kha liya hai.”(I’ve had paan/ betel.) Mind you, he would carry his own paans, tucked in a small cloth bag.

Whilst teaching me he would narrate the various connected factors and details to the Hindi and Sanskrit languages and that alone made the lessons so very thorough and interesting. Not to overlook the ever enchanting mythological tales he would weave in. And he would do so, so very subtly that till date all those details are with me.

Of course, not to overlook the basic fact that those were good old days of both the communities, Hindus and  Muslims, living in harmony, without Hindutva communal brigades hovering around, threatening and harassing, killing and lynching …ruining our collective togetherness.

I wish and hope those old good days get back and peace prevails.