For someone pursuing a career in flying, how did you land up in films?
I gave up flying and went back to college to study commerce. I did not want my parents to spend too much on me and, therefore, juggled between jobs, ranging from working in a call centre to working for a sculptor. I auditioned for Hip Hip Hurray and that was the start. It was only after My Brother…Nikhil that I decided to pursue acting seriously. Gradually, it became a route for creative exploration.
You play a water diviner in Jal. How did you associate with the struggle of people living in arid regions?
The people of Kutch have survived the harsh climatic conditions of the desert for long. We, city dwellers, take these resources for granted. There is an element of poetry in fetching water rather than opening a tap anytime you please.
How did Jal happen? Tell us something about the film.
When Girish (Malik) approached me with the idea of Jal, he offered me a choice to be as much a part of the character-building process as I was included in the script. When your director is working with an “I’m going to give it all I have” kind of passion, then people around catch that energy too. On the other hand, Hide & Seek, though a good idea, did not turn out to be anything close to what I imagined. It made me realise that I should have been a little more assertive back in those days.
So, is the relationship between an actor and director that of collaborators?
When you are hiring a bunch of people for a project, you need to share your vision with them. As an actor I need to cultivate mutual trust with my director, which can only exist if he’s open and accommodative.
You’re also an ambassador of Operation Black Dot. Could you tell us something about that?
Operation Black Dot is aiming at 100 percent voter registration in Mumbai and making people understand the nuances of our democracy. I believe that youngsters do not have the right to voice their disappointments unless they understand the functionality of the government. Updating a status on social media doesn’t mean anything. Either they take charge independently or might as well shut up and sit at home. 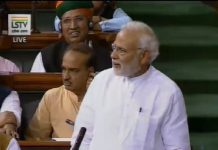