Even as he slammed the Shiromani Akali Dal (SAD) for disrupting the proceedings of the House ahead of the important Budget presentation to gain political mileage, Punjab Chief Minister Captain Amarinder Singh on Monday said everyone had the right to voice their mind and it was up to Navjot Singh Sidhu to explain his stand on Pulwama attack.

Sidhu was a cricketer while he himself was a soldier, and both had different viewpoints on things, said Captain Amarinder in a chat with TV channels, adding that the minister must have realized that he had gone overboard with his Pak visit.

Sidhu does not understand defence intricacies and had possibly reacted out of friendly motive, said the Chief Minister, adding that the minister’s intentions were surely not anti-national and he must have got the message.

The Chief Minister lambasted the Akalis for creating a ruckus on the issue in the Vidhan Sabha for political gains. Budget presentation is a vital proceeding, which the people of the state await eagerly every year, the Chief Minister said, lashing out at the Akalis for targeting Navjot Singh Sidhu to divert attention from such an important Assembly matter.

Reacting strongly to the slogan-shouting and walkout by the Akalis, Captain Amarinder meanwhile said in a statement that the party had clearly lost all sense of morality and uprightness, as evident in their desperate efforts every day to reduce the House proceedings to a mockery. Instead of playing the role of a constructive opposition, they were repeatedly resorting to petty political tactics to remain in media and public limelight, said the Chief Minister.

After the SAD created yet another fracas in the House, throwing all democratic ideals to the wind, Captain Amarinder said such unconstitutional behaviour was not only unbecoming of the party of national stature but actually exposed their anti-people mindset. They neither cared for the traditions of the House nor were concerned about the welfare of the people, said the Chief Minister, lambasting the Akalis for their unruly acts in the august precincts of the state Vidhan Sabha.

The rowdy behaviour of the attention-seeking Akali leaders and members in the Assembly had become a routine thing, suggesting that it was nothing but a drama aimed at garnering public support and vote, said the Chief Minister. Though disruption of the House proceedings was unacceptable under any circumstances, it became totally abominable when aimed at gaining political mileage by indulging in pure theatrics, he added.

The Chief Minister called upon all the Opposition parties not to undermine the dignity of the House with such uncouth and undemocratic behaviour. It was the duty and responsibility of each elected member to uphold the high ideals on which was founded the democratic polity of the nation, he added. 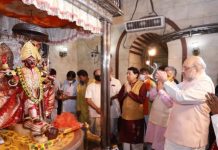 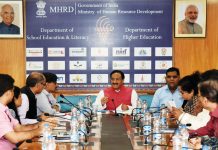