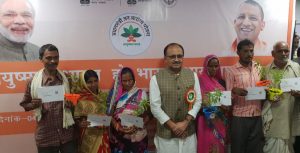 Uttar Pradesh (UP) Health Minister Sidharth Nath Singh on Tuesday launched the Pilot run of the Pradhan Mantri Jan Arogya Yojana (PMJAY), under which around 1.18 crore families from UP will be benefited by Rs 5 lakh health cover.

Talking about the UP government’s preparedness for the successful launch of this scheme, Singh said that, “Government is making provisions of ‘Arogya Mitra’ in every hospital who would help beneficiaries of this scheme with the process. 274 hospitals have already been listed till now and have further received an application from another 700 hospitals.”

For the better implementation of the scheme, Singh said that the state has been divided into four zones and a ‘Golden Card’ will be issued to all beneficiaries of PMJAY in Uttar Pradesh.

PJMAY was announced by Prime Minister Narendra Modi on Independence Day and will be launched on September 25, 2018.

Modi in his address had said that “It is time to ensure that poor of India get proper access to affordable healthcare and good quality.” 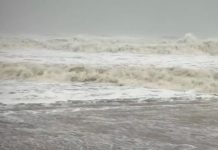 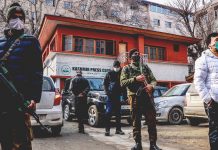