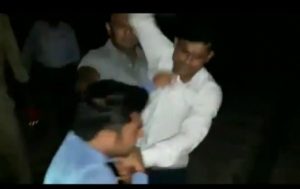 A journalist who was covering a train derailment near Dhimanpura on Tuesday night was beaten up on camera by a group of GRP personnel.

Sharma said, “I was locked up, stripped and they urinated in my mouth.”

According to the sources, many local journalists rushed to the police station on learning about the incident and put the video footage of cops beating up Amit Sharma on social media. The journalists also contacted senior officials at the police headquarters.

Station House Officer (SHO) Rakesh Kumar and GRP constable Sunil Kumar have been suspended and an investigation has been ordered into the incident.

UP Police in a tweet said a strict punishment will be accorded to policemen for misbehaving with citizens.

“We have come across a video where a journalist has been beaten up & put up in a lock up. DGP UP OP Singh has ordered for immediate suspension of SHO GRP Shamli Rakesh Kumar & Const. Sanjay Pawar. Strict punishment shall be accorded to policemen misbehaving with citizens,” UP police tweeted. 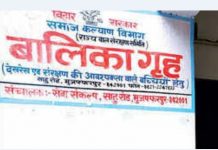