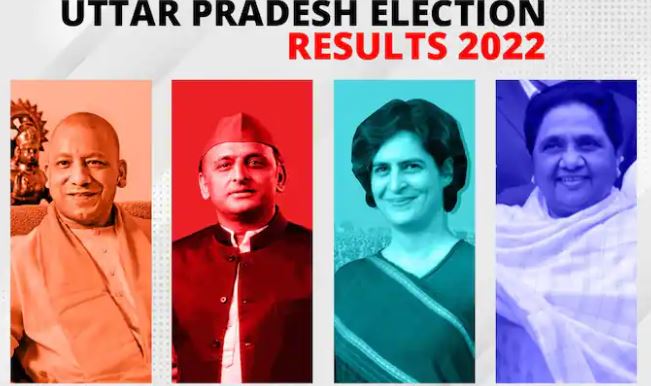 The ruling BJP seems to be on course to retain power in Uttar Pradesh, with poll trends on Thursday showing the party alliance leading in 273 seats as against 121 of its nearest rival Samajwadi Party.

The state has 403 assembly seats and 202 seats are needed to form a majority government. Prominent candidates who have secured a lead include Chief Minister Yogi Adityanath from Gorakhpur, SP chief Akhilesh Yadav from Karhal, Shivpal Yadav from Jaswant Nagar and CLP leader Aradhana Shukla from Rampur Khas (Pratapgarh).

Adityanath is heading for a landslide victory in Gorakhpur Urban seat leading over his nearest SP’s Subhawati Shukla by about 15,000 votes.

The BSP nominee has secured 1,477 votes while Chandra Shekhar of Azad Samaj Party has bagged 1,386 votes. Chetna Pandey of the Congress is struggling with 272 votes and AAP nominee Vijay Kumar Shrivastava with 93 votes.

According to official trends available for 399 seats, the BJP is leading in 252 seats while its allies Apna Dal (S) and Nishad party are leading in 12 and five seats respectively.

While the Samajwadi Party is leading in 110 seats, its allies SBSP and RLD are leading in three and eight seats respectively.

BSP and the Congress were leading in 3 and 2 seats respectively.Two candidates of the Jansatta Dal, including Raghuraj Pratap Singh alias Raja Bhaiya in Kunda seat, were leading. BJP vote per cent is 42.3 while SP has got 31.6 per cent votes. The Congress has got meagre of 2.45 per cent while the BSP got 12.9 per cent.