“At the moment, we are trying to evacuate people trapped inside the building,” the Kabul police spokesman Hashmat Stanikzai reportedly said.

Reportedly the assault which is currently underway begins at approximately 10.15am local time at the training centre overseen by the National Security Directorate in the city’s Qala-e-Wazir area.

There are no details on any casualty or injury figures as yet.

No group has claimed the responsibility of the attack so far.

Kabul Police spokesman added, “Afghan security forces have cordoned off the area as the clashes are ongoing. Gunmen were firing from a construction site opposite the centre”

Stanekzai added that the attackers were firing rocket-propelled grenades and other weapons but it was unclear how many gunmen were involved.

Local residents said that at least they heard one explosion in the area.

The attack comes a day after a suicide bombing at an educational centre in Dasht-e-Barchi in the west of the Afghan capital killed 48 people. 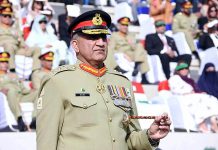 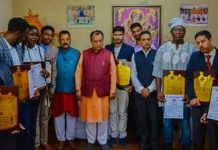