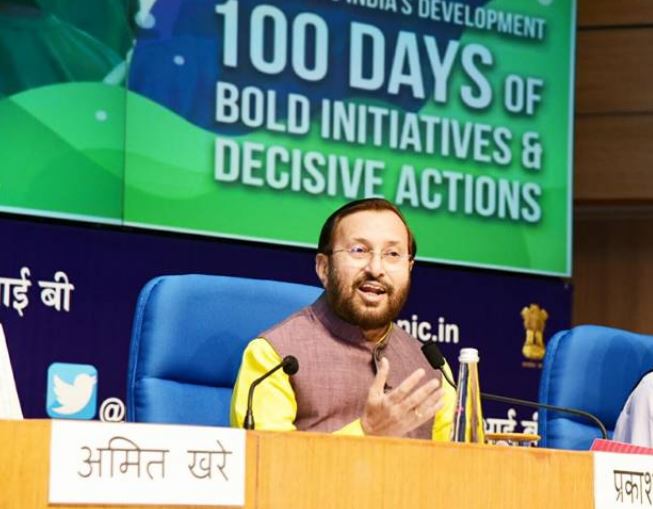 Union Minister Prakash Javadekar addressed a Press Conference on key decisions taken by the Government in the first hundred days of its second term. The Minister released the booklet ‘Jan Connect’ and inaugurated an Exhibition on ‘Furthering India’s Development – 100 days of Bold Initiatives and Decisive Actions’.

The Booklet contains a compendium of key decisions of the government in hundred days. It is divided into the following sections:

Speaking on the occasion, Javadekar said that the government has taken several historic and landmark decisions at an unprecedented scale. He also lauded the sensitivity and encouragement of Prime Minister Narendra Modi towards the dedicated scientists at ISRO and boost to the scientific community at large.

The Minister highlighted key decisions of the government, including abrogation of Articles 370 and 35A with a view to the betterment of life of common people of Jammu, Kashmir and Ladakh; steps towards achieving the vision of making India $5 trillion economy; large scale investment in infrastructure and social sector; Ease of Doing Business; legislation against Triple Talaq; reduction of physical interference and transparency in GST and IT return filing process; Jal Shakti Abhiyaan; Har Ghar Bijli Yojna; Ujjwala scheme for gas connections; Ayushman Bharat; social sector protection to unorganized sector workers and small traders; financial assistance to farmers – the largest of its kind in the world; Jan Bhagidari movements Fit India and campaign against ending menace of single use plastics; measure of good governance; productive of Parliamentary Session; action against corrupt government officers among others.

Addressing concerns raised on GDP growth rate, Javadekar stressed that while the slowdown of the economy is cyclical, the fundamentals of Indian economy are strong; with surge in foreign investment and domestic demand, GDP growth rate will soon rise. 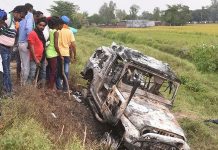 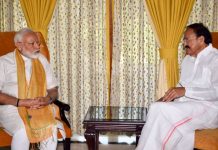