Minister of state for External affairs MJ Akbar, who has been accused of sexual misconduct by several women, tendered his resignation from the ministry on Wednesday.

Journalist Priya Ramani was the first woman to come out and accuse Akbar of sexual misconduct and predatory behaviour. The accusations date back to the time when Akbar was in the media and held senior editorial positions at newspapers.

MJ Akbar had earlier said that allegations of sexual misconduct made against him are fabricated and false and have caused irreparable damage to his reputation and goodwill.

Meanwhile, President Ram Nath Kovind has accepted the resignation of M.J. Akbar from the Union Council of Ministers, with immediate effect, under clause (2) of Article 75 of the Constitution. 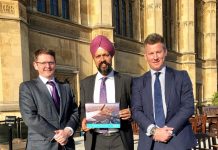