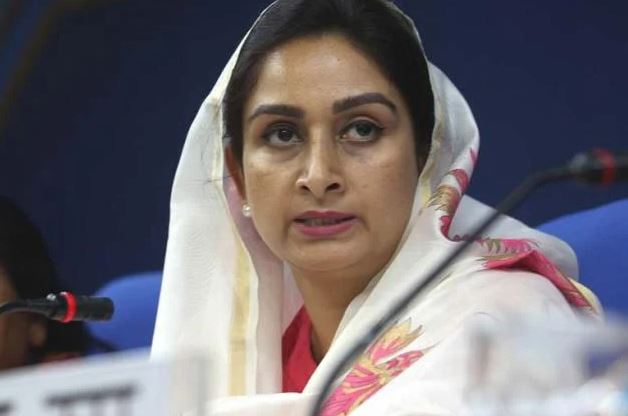 Union minister Harsimrat Kaur Badal on Thursday resigned from the Modi government in protest against the farm bills.

Informing about her decision, Harsimrat in a tweet said, “I have resigned from Union Cabinet in protest against anti-farmer ordinances and legislation. Proud to stand with farmers as their daughter & sister.”

Sukhbir Badal also opposed the bill in his tweet by saying, “@Akali_Dal_opposes all the three agriculture #ordinances of the Central Government.”

The Modi government on Monday introduced ‘The Farmers’ Produce Trade and Commerce (Promotion And Facilitation) Bill 2020′, ‘The Farmers (Empowerment and Protection) Agreement on Price Assurance and Farm Services Bill’ 2020, and ‘The Essential Commodities (Amendment) Bill 2020’.

The bills have hugely upset the farmers of Punjab and Haryana, who have been holding protests against the Centre.