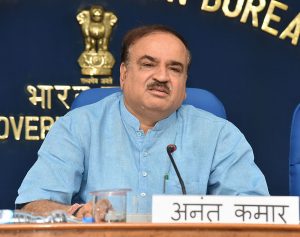 Parliamentary Affairs and Chemicals and Fertilisers Minister, Kumar had not been keeping well since last few months.

He was undergoing treatment for cancer and had returned from the US in October after treatment at Cancer institute in New York.

He is survived by wife, Tejaswini and two daughters.

Kumar had represented the Bengaluru South constituency in the Lok Sabha since 1996. He was holding charge for two key posts in the Modi cabinet, serving as the Union Minister of Chemicals and Fertilisers since May 2014 and had been appointed as Minister of Parliamentary Affairs in July 2016.

Several leaders have taken to social media to express grief over his death.

Prime Minister Narendra Modi expressed his sadness on the demise of Ananth Kumar.

Modi said,” extremely saddened by the passing away of my valued colleague and friend, Shri Ananth Kumar Ji. He was a remarkable leader, who entered public life at a young age and went on to serve society with utmost diligence and compassion. He will always be remembered for his good work.”

“Ananth Kumar Ji was an able administrator, who handled many ministerial portfolios and was a great asset to the BJP organisation. He worked hard to strengthen the Party in Karnataka, particularly in Bengaluru and surrounding areas. He was always accessible to his constituents,” Modi added.

The Prime Minister further said, “I spoke to his wife, Dr. Tejaswini Ji and expressed condolences on the passing away of Shri Ananth Kumar Ji. My thoughts are with his entire family, friends and supporters in this hour of grief and sadness. Om Shanti.”

President Ram Nath Kovind expressed his condolences to Kumar’s family and tweeted, “Sad to hear of the passing of Union minister and veteran parliamentarian Shri H.N. Ananth Kumar. This is a tragic loss to public life in our country and particularly for the people of Karnataka. My condolences to his family, colleagues and countless associates.”

Congress President Rahul Gandhi took to his twitter account and tweeted, “I’m sorry to hear about the passing of Union Minister, Shri Ananth Kumar ji, in Bengaluru, earlier this morning. My condolences to his family & friends. May his soul rest in peace. Om Shanti.”

“I am grief stricken to learn about the untimely demise of our senior leader and union minister Shri Ananth Kumar ji. He served the nation and organisation with unparalleled zeal and dedication. Ananth ji worked tirelessly to strengthen the BJP in the state of Karnataka,” Shah tweeted.

“Ananth ji was a remarkable administrator who served various ministerial portfolios. His passing away has left a void in the BJP and Indian polity that cannot be filled soon. May God give his family & supporters strength to bear this tragic loss. My deepest condolences. Om Shanti,” Shah added.

The Karnataka government has announced that schools and colleges in the state will remain closed today in wake of the demise of Union Minister Ananth Kumar.

Ananth Kumar was born on July 22, 1959 in Bengaluru and had completed his Bachelor of Arts (B.A) degree from KS Arts College, Hubli. Later he did his bachelors in law (L.L.B) from JSS Law College, affiliated to Karnataka University. 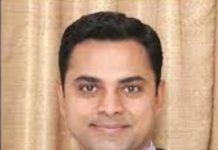 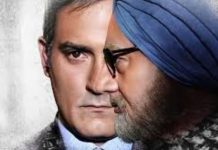