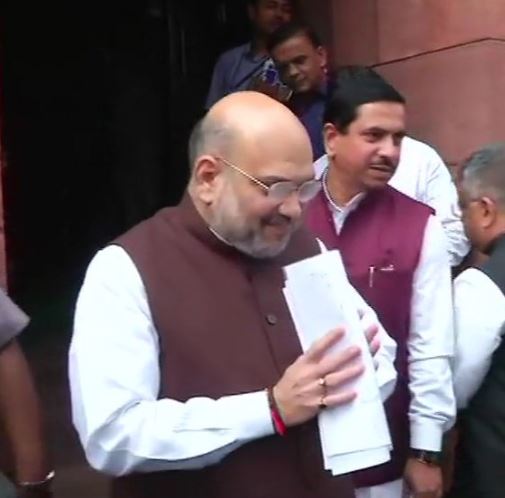 Union Home Minister Amit Shah is set to make an important announcement in Parliament at 11 am, sources said.

Shah and other ministers have reached Parliament after attending a Cabinet meeting at Prime Minister Narendra Modi’s residence.

The meeting came after political leaders in Jammu and Kashmir including former Chief Ministers Omar Abdullah, Mehbooba Mufti and Jammu and Kashmir People’s Conference chairman Sajad Lone, were placed under house arrest amid a massive security-built up in the state.

Internet and mobile services have also been suspended in numerous places and all public assemblies are prohibited in Srinagar district as section 144 was imposed from midnight.

On Friday, the Jammu and Kashmir government had asked Amarnath Yatra pilgrims and tourists to immediately cut short their stay in the valley and return as soon as possible, citing intelligence inputs of terror threats.

As per the Intelligence sources, terrorists were making multiple attempts to cross the LoC and infiltrate into India.

Over 25000 parliamentary troops have already been deployed in the state over the last week.