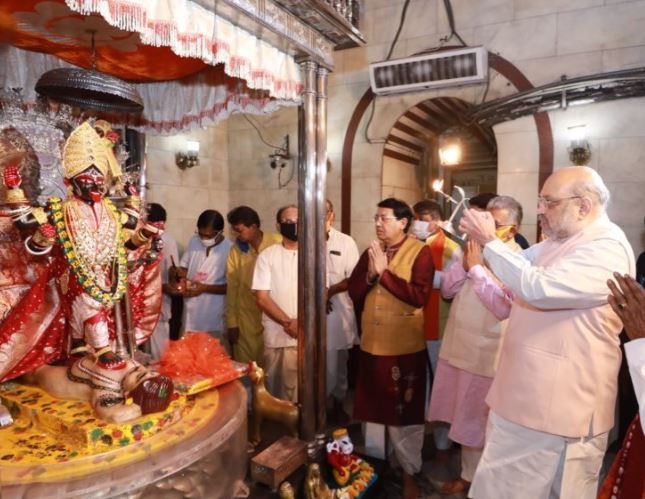 “Blessed to have offered prayers at Maa Dakshineswar Kali Temple in Kolkata, West Bengal. Took blessings of Maa Kali and prayed for the good health & wellbeing of all countrymen,” Amit Shah tweeted.

On Thursday, the Union Home Minister met a tribal family in a village in Bankura, and had food with them.

During his two-day visit, the Union Minister held a review meeting with the senior officers of the Central Reserve Police Force in Bankura. He also met senior BJP leaders from the state.