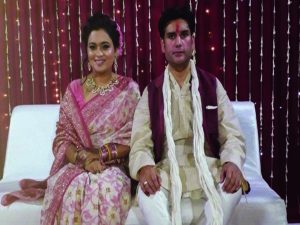 IPS officer Rajiv Ranjan (AGMUT 2003 Batch), who joined at Delhi as ACM (Crime) subsequent to his transfer from Puducherry Police to Delhi Police, has confirmed that “We have arrested Apoorva with the help of scientific evidence and FSL (forensic) report. She confessed that she has murdered her husband and cited unhappy marriage as the reason. She entered Rohit’s room on April 16 and executed the crime. She later destroyed the evidence. All this happened within 90 minutes. Initially, she tried to mislead the Crime Branch team which arrested her”.

Her arrest followed questioning by the Crime Branch of the Delhi police. In fact, the Crime Branch had questioned the family members of Rohit Shekhar Tiwari, son of late Congress leader and twice Chief Minister of Uttar Pradesh, N.D. Tiwari, who the police said was strangulated to death on April 16. Apoorva Shukla Tiwari, wife of Rohit Shekhar Tiwari has been arrested for his murder. Officers from the special investigation team (SIT) of the Crime Branch, probing the death reportedly found the concrete evidence against Apoorva Shukla Tiwari, wife of Rohit. According to police, Shekhar’s domestic help had alleged that Shukla had a fight with Shekhar over video call hours before his death. The SIT questioned Shukla for around 10 hours and also took the domestic help and the official to their office in Prashant Vihar, where both were questioned in separate rooms.

The officers went through CCTV footage in and around the house to find leads and to ascertain the sequence of events leading to the death. He could be seen on one of the CCTVs in his Defence Colony home, taking the support of the wall as he walked, apparently drunk. Later they had dinner together.

The next day, Rohit’s mother Ujjwala Tiwari was at the Max Hospital for treatment when she received a call from home that he was unwell and bleeding from his nose. She then took an ambulance that brought Rohit to the hospital. At that time of the phone call, Rohit Tiwari’s wife Apoorva, his cousin Siddharth and domestic help were at home, the police said. Rohit Shekhar was declared dead in hospital.

While it was initially believed to be a case of natural death, doctors from AIIMS had raised doubts, following which a case of murder was registered. Police after visiting AIIMS found that a pillow seemed to have been used to strangulate him. The police from day one ruled out the theory that Rohit Tiwari, 40, had died of a cardiac arrest. Rohit was found unconscious with his nose bleeding and the autopsy report suggested that Rohit died due to strangulation. The autopsy was conducted by a medical board, comprising five senior doctors of AIIMS. The medical board unanimously concluded that the cause of death, in this case, was asphyxia as a result of strangulation and smothering.

The post-mortem report suggested that the cause of death was unnatural, after which a case under section 302 (Punishment for murder) has been registered at the Defence Colony Police Station. The case was transferred to the Crime Branch for investigation. LSO READ

Additional Commissioner of Police Rajiv Ranjan and Deputy Commissioner of Police Dr. Joy Tirkey had questioned family members of Rohit Shekhar Tiwari, including his wife Apoorva, mother Ujjwala, cousin Rajeev, and half-brother Sidharth. During questioning, Apoorva was asked about her relationship with her husband. It was found that Apoorva and Rohit often slept in different rooms.

Mother Ujjwala said the couple’s relationship had become strained just a few days after their marriage in 2018. However, Apoorva’s father Padmaja Shukla, countered that argument and said that there was no marital discord between the two. Ujjwala also said that Rohit was upset about his political career not taking off. According to his mother, there was a property angle to the murder too as Apoorva, allegedly wanted to take control of properties. However, the police are yet to investigate this part of the allegation. Till then the mystery over the real reasons behind the gruesome murder that is shrouded in mystery would continue. There are questions galore which special investigation team of Crime Branch of Delhi Police is yet groping over. The fact that Rohit wanted to continue with the legacy and politics of his late father would also baffle police as his career has been cut short because of this murder.

Rohit Shekhar Tiwari was involved in a six-year-long public and long-drawn battle to prove that late Uttar Pradesh chief minister N D Tiwari was his father.  Shekhar had done LLB from Delhi University’s Faculty of Law. Shekhar, 40, was born on February 15, 1979, to three-time Uttar Pradesh Chief Minister, Uttarakhand Chief Minister and Congress leader N D Tiwari and Dr. Ujjwala Tiwari, a former Sanskrit lecturer. ND Tiwari had refused to give his blood sample for a DNA test in 2012 but relented later. In 2014, the Delhi High Court declared that ND Tiwari was Rohit Shekhar’s biological father. In 2012, the Supreme Court directed Tiwari to submit his blood for a DNA test, which established him as his biological father. In 2014, Tiwari publicly acknowledged and accepted Shekhar as his son. The same year, ND Tiwari, aged 88, married Rohit Shekhar Tiwari’s mother and died on his 93rd birthday. 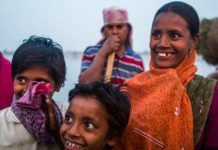 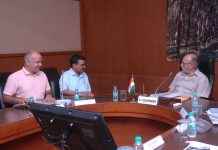 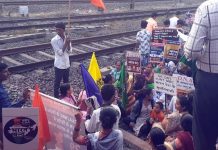