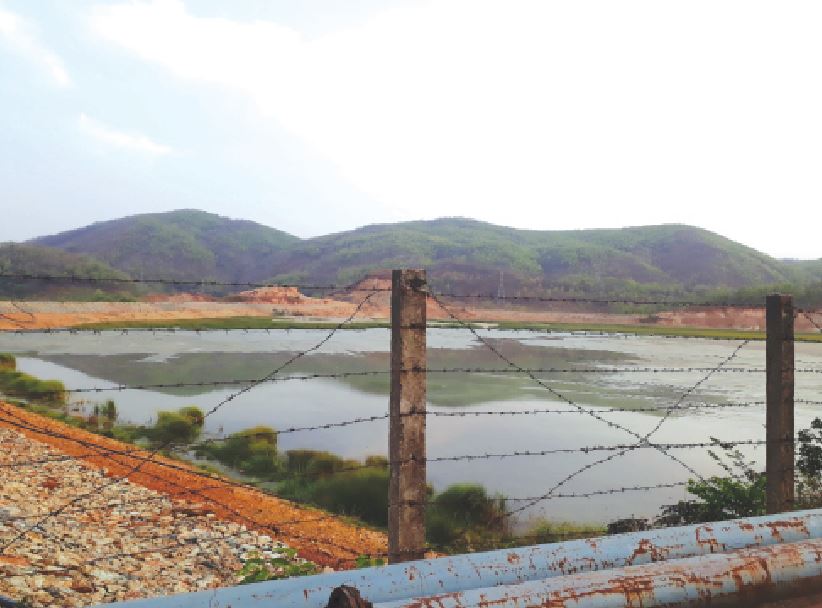 Jadugoda means the land of magic. But this town in East Singhbhum district of Jharkhand, where uranium mining operations started in the 1960s, has been facing issues like displacement, poor water quality and fear of radiation, reports DEEPANWITA GITA NIYOGI

The aroma of khichdi, a spicy Indian dish made of rice and lentils, wafted through the air from the open kitchen in the courtyard of a tribal house at Tilaitand village in Jadugoda, about 30 km from Jamshedpur, in the eastern Indian state of Jharkhand. It was in this town where the Uranium Corporation of India Limited, or UCIL in short, started underground mining operations in 1967.

In this peaceful atmosphere punctuated by the sound of pots and pans, and the hurrying footsteps of women, the reporter awaited the arrival of the local guide to take her to Chatikotcha, a few minutes away from Tilaitand. Later sitting on the ledge of his house, the walls of which are painted green and yellow in horizontal stripes, Chatikotcha resident Roshan Hembrom informed that the water in the village is unfit for drinking as well as bathing. “To solve the crisis, the company supplies us water but even then its quality is not that good,” he said.

Talking of water, Modi Murmu, a resident of Purihata village near another underground UCIL mine located at Turamdih, said that though his village falls in the radiation zone, the company still does not supply water. Hand pumps yield water but the quality is not at all good. Still fortunately it is better compared to some of the other villages. Water quality is a pertinent issue in the entire Jadugoda area, he added.

Murmu is part of the Jharkhand Krantikari Mazdoor Union, a workers’ organisation. It was formed to protest against the company’s sudden termination of temporary labourers who worked from 2010-2013 on a contract basis. He also admitted the possibility of radiation which has received considerable media coverage.

Jadugoda resident Ashish Birulee, who is a Ho tribal, questions the company’s complete refusal to admit the problem of radiation. “If UCIL denies radiation, then why does it supply water to the villagers?” he asks. Birulee, whose grandfather was an employee of UCIL, informed that even his father underwent training in the company. During his apprenticeship my father started having questions. The possibility of radiation crossed his mind, Birulee said. 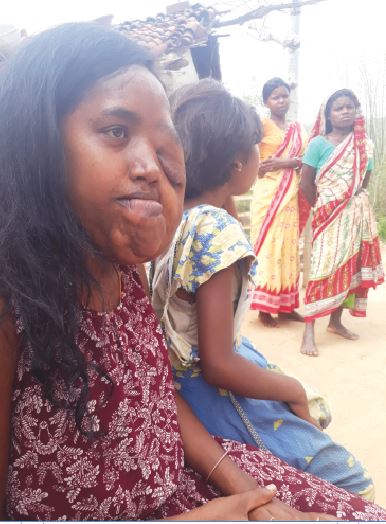 Tailing ponds and fear of radiation

UCIL has three tailing ponds in Jadugoda used for dumping residual waste and slurry. The village of Chatikotcha is located near such a pond. The company has put up boards warning of trespassing, but the fear of seepage is palpable. “Some of the villages in this area have cases of birth deformities. Maybe more people will suffer in future,” Hembrom pointed out.

Birulee, who works for Adivasi Lives Matter which is a platform for upholding tribal voices, said one of the sacred groves belonging to the tribal population in Chatikotcha has partly submerged in the tailing pond. It is locally called jaherthan and is a place of worship for tribals. “We are highly concerned because groves should not be taken for granted. These are sacred places for us.” Apart from affecting such a sacred place which evokes faith, the reporter’s guide, a local youth, informed that uranium mining has badly hit water sources in the entire area, besides affecting flora and fauna.

According to Birulee, living in Jadugoda is difficult but tribals are attached to their lands. His father Ghanshyam Birulee, who has been fighting against radiation through his organisation called JOAR (Jharkhandi Organisation Against Radiation) formed in 1998, added that tailing ponds have been imposed on the local population. Today, JOAR which has about five-six members, is committed to bringing justice to the residents of Jadugoda. But locals working in UCIL view it with suspicion.

In 2007, a team of three doctors, who were part of the Indian Doctors for Peace and Development, conducted a detailed study in villages lying within 0 to 2.5 km radius of uranium mines and tailing ponds. One of the members, Dr Shakeel ur Rahman based in Patna, said that the number of cases of deformities found in these villages is higher compared to other areas. Health problems like sterility and cancer as well as lower life expectancy were also noted. Rahmani said this was an independent study. “I was with two other doctors and we had hired local investigators and trained them. It took us three to four weeks. The government must conduct a chromosome study. But there is no doubt that several cases of congenital deformities are seen in the affected areas.”

Talking about radioactivity, UCIL states in its website that it is based on myth and media speculations. It further says that UCIL is mining low grade uranium, as a result of which the radiation level in and around Jadugoda is much below the limit as prescribed by the Atomic Energy Regulatory Board, an Indian regulatory body.

Geologist and environmentalist Nitish Priyadarshi, based in Jharkhand’s capital Ranchi, said radiation occurs in pockets in Jadugoda. According to him, tailing ponds are not covered. Sometimes, locals go near these ponds. “For safety, these must be covered with granite rocks or there should be increased security at the sites. It is true that people living in villages near tailing ponds face health problems even though medically it has not been proved that it is due to radiation,” he added. Priyadarshi pointed out that radiation causes large heads, genetic deformities and untimely deaths, all common in Jadugoda.  In a report by Priyadarshi on the effects of mining on environment in Jharkhand, the researcher also says that the Subarnarekha river flowing through Jamshedpur is in a highly polluted state due to waste entering the water body from Jadugoda.

The state of Jharkhand is comparatively new in India’s map. It was carved out of Bihar in 2000 to lend a voice to the indigenous population and uphold their rights. But over the course of 21 years which witnessed political instability and Maoist insurgency, Adivasis have been severely marginalised, displaced and uprooted from their traditional ways of living. “We gave up farming for the company,” the guide said while driving his scooty. Land is the biggest asset for tribals.

On its part, UCIL is also operating an opencast mine at Banduhurang commissioned in 2009. It is the only opencast mine and the rest of the five other mines lying within a distance f 25 km from Jadugoda are underground. The Banduhurang mine has led to the displacement of local people during the 1990s, said Murmu. Displacement due to mining is nothing new in the state. According to the Land Conflict Watch, an independent network of researchers, 168,949 people are affected due to coal mining in Jharkhand.

The author has done this story as part of my Pulitzer Center project on Adivasis and the crisis they are facing for a long time. She has reported the story from Jadugoda in Jharkhand where there is uranium mining by UCIL since 1960s.

This story was produced in partnership with the Pulitzer Center on Crisis Reporting.