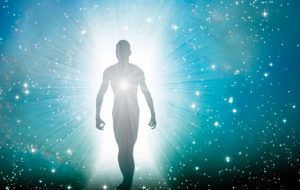 Though it may seem a startling thought, yet in fact, it is a biological cocktail of bacterial, fungal, viral, parasite, and human cells. Human cells, each of which is complete in itself and is capable of an independent existence, are literally only a fraction of all cells in the body. The human body is made of trillions of cells — the fundamental units of life — which divide, grow and acquire distinct functions in the embryo, eventually leading to different cell types (such as skin cells, neurons or fat cells) that form the various tissues of the body.

These tissues come together to form organs such as the lungs and the brain. Our cells are the basic unit of our bodies — the stage upon which our genes enact their dramas. And simply put, “we really don’t know our cells.” says Dr. Aviv Regev from the Broad Institute. “And so we don’t know ourselves.”

This potpourri of bacteria, virus and fungal substance communities communicate with each other and, of course, communicate with human cells as well. Despite all these scientific facts, we keep on referring to our bodies as “human bodies” and consider that as one unique unit, whereas, in fact, it is an agglomerate of diverse organisms.

Yet carrying forward the illusionary assumption of treating a human body as only consisting of human cells only, a group of scientists lead by Dr. Regev of MIT, have taken the first important steps towards creating the Human Cell Atlas — a complete inventory of our staggeringly diverse cells. This Human Cell Atlas aims to chart the types and properties of all human cells, across all tissues and organs, to build a reference map of the healthy human body.

This Project brings together an international community of biologists, clinicians, technologists, physicists, computational scientists, software engineers, and mathematicians. This community of scientists with diverse expertise share the common goal of creating a comprehensive reference map of all human cells as a basis for understanding human health and diagnosing, monitoring, and treating disease.

Since about 10 trillion cells in any human body share the same genes, one needs to know which cells are actually using the gene in question. Where are those cells? What do they do normally, and what goes wrong in cases of disease? Geneticists are constantly learning about genes that influence our risk of disease, but genes don’t perform in a vacuum. They perform in our cells.

Without maps of different cell types, where they are located in the body, and the genes they express, we cannot describe all cellular activities and understand the biological networks that direct them. And in most cases, without the kind of slog that the researchers endured, the answers surprisingly are: “we don’t know; no idea”.

Vitruvius, a Roman Thinker, quoted Thales who thought that water was the primordial substance of all things. Heraclitus of Ephesus… thought that it was fire. Democritus and his follower Epicurus thought that it was the atoms, termed by our writers “bodies that cannot be cut up” or, by some “indivisibles.” The faction which followed Pythagoras’ theories added air and the earthy to the water and fire.

Hence, although Democritus did not in a strict sense name them, but spoke only of indivisible bodies, yet he seems to have meant these same elements, because when taken by themselves they cannot be harmed, nor are they susceptible of dissolution, nor can they be cut up into parts, but throughout time eternal they forever retain an infinite solidity.

William Cowper, a British Poet, movingly opined “To trace in Nature’s most minute design; the signature and stamp of power divine; the Invisible in things scarce seen revealed; to whom an atom is an ample field”. All the students of chemistry know that water is H2O, hydrogen two parts, oxygen one, but there is also a third thing, that makes it water and nobody knows what it is. The atom locks up two energies but it is a third thing present which makes it an atom.

The intrinsic aptitude of two parts of hydrogen and one part of oxygen to form water was sanctified by the Sanatan Dharm Seers and Preceptors of other philosophical views when besides water they considered earth, water, fire, air and vegetation to be different types of real living creatures, which hold only one sensation sense (ek indriya jeev). In fact, a rational classification of all living beings, whether of animal or plant kingdom, was done on the basis of number of senses, ranging from one sense to five senses. The fact that all humans have five senses is well known. Reverting to the sense of touch, it is needless to say that it is the sense through which the knowledge of ice-cold, cool-hot, fire-heated, bed-soft, cotton-light, light-heavy and rough subjects is known as through skin/or the entire Body!

Ancient Seers of Santan Dharm and other thinkers of various Eastern Philosophies had established water as an ek indriya jeev having life, the quest to prove that water, in common scientific parlance, possessed this unique quality, lead some scientists prove that water indeed has a memory, and likened it to a ‘malleable computer’ storing data within its structure. Experiments conducted by Doctor of Alternative Medicine, Masaru Emoto, of Japan, was introduced to the concept of micro cluster water in the US and Magnetic Resonance Analysis technology. He began to discover the mystery of water, undertaking extensive research of water around the planet, not so much as a scientific researcher, but more as an original thinker.

Dr Emoto came to realise that it was in the frozen crystal form that water showed its true nature and as such gained worldwide acclaim through his  path breaking research and discovery that water is deeply connected to our individual and collective consciousness. Dr. Masaru Emoto is the author of the best-selling books Messages from Water, The Hidden Messages in Water and The True Power of Water. Dr. Emoto has been visually documenting these molecular changes in water by means of his photographic techniques. He froze droplets of water and then examined them under a dark field microscope that had photographic capabilities. Dr. Emoto believed that water was a ‘blueprint for our reality’ and that emotional ‘energies’ and ‘vibrations’ could change the physical structure of water. He claimed that water exposed to positive speech and thoughts would result in visually ‘pleasing’ crystals being formed when that water was frozen, and that negative intention would yield ‘ugly’ frozen crystal formations.

Some of his experiments included realising that water from clear mountain springs and streams had beautifully formed crystalline structures, while the crystals of polluted or stagnant water were deformed and distorted.

Distilled water exposed to classical music took delicate, symmetrical crystalline shapes and when the words ‘thank you’ were taped to a bottle of distilled water, the frozen crystals had a similar shape to the crystals formed by water that had been exposed to Bach’s ‘Goldberg Variations’ — music composed out of gratitude to the man for which it was named.

When water samples were bombarded with heavy metal music or labelled with negative words, or when negative thoughts and emotions were focused intentionally upon them, such as ‘Adolf Hitler’, the water did not form crystals at all, but displayed chaotic, fragmented structures. When water was treated with aromatic floral oils, the water crystals tended to mimic the shape of the original flower.

The concept of water memory has erstwhile been associated with alternative streams of medicine like homeopathy, and there is still some debate as to whether this concept of a lingering memory of dissolved substances in water holds up to scientific scrutiny or not.

It would be pertinent to mention here that in all the Hindu Rituals and all the Temples, where water in one or the other vessel is kept and after chanting of holy mantras is over, the water so kept is sprinkled on the entire congregation and the entire premises. It is done on the strong belief that the sprinkled water possesses all holy vibrations of the recited mantras and hence their beneficent effect.

There is another very interesting aspect of water. Apart from being a living thing the water occupies a prominent place in kinds of bodies having the distinction to exist in three states, namely, that of elastic fluids, liquids and solids.  Philosophical chemists have always referred to water a a body, which, in certain circumstances, is capable of assuming all the three states. In steam it is recognised as a perfectly elastic fluid, in water, a perfect liquid, and in ice of a complete solid.

Water is, in fact, the biological milieu — the substance that makes life possible — and almost all the molecular components of living cells, whether they be found in animals, plants, or microorganisms, are soluble in water.

These observations have tacitly led to the conclusion which seems universally adopted, that all bodies of sensible magnitude, whether liquid or solid, are constituted of a vast number of extremely small particles, or atoms of matter bound together by a force of attraction, which can safely be considered as an instance of omnipresent Maya.

A prominent fact, out of a bundle other evidences which show that water, fire, air and vegetation are, in fact, different types of real living creatures with only one sense, is that besides being essential components of human body, they are easily ingested for nurturing and sustaining it till it decays or goes out of existence by other means.

This comprises the natural life cycle of a body, which under an illusion of Maya, seems to be one unique unit of life, but in fact, is an agglomerate of trillions of cells, human, bacteria, viruses, fungi, cumulatively but which are capable of independent existence and proliferation with their own individual attributes.