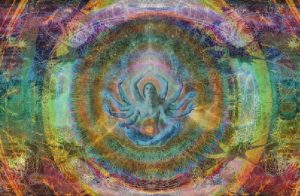 To comprehend what Maya actually is, in its exoteric manifestation, we have to refer to what exists in nature ostensibly and what actually it is intrinsically. Perhaps that difference in ostentatious materialization and intrinsic reality embodies the inscrutability of MAYA.

Referring to nature, the commonest and easily comprehensible example is provided by the element Carbon, which in its cost wise cheapest form is called coal (koyla). The other costlier form is graphites, which is used by all students in the shape of what is called a lead pencil.

Consequently, it is very difficult for an atom inside the diamond lattice to be confronted with anything else in this 3D world because all directions are already taken up. From one point of view all are pure and simple Carbon element, when tested chemically, yet all of these variants serve a different purpose and carry different price tags commercially.

Almost all of seekers, who run from pillar to post visiting various holy places, rubbing their foreheads at the feet of all kinds of self proclaimed gurus and mystics to understand how, where and what is Maya, the real manifestation of the Divine in Its “Viraat Roop”, just fail to see it all around everyone, whether evolved or half baked, an atheist or even an ignorant.

The primary material is chemically the same in all the above cases of coal, graphites and diamond, yet all of these and many more materializations of this element differ in their physical properties, their utility in ordinary life and the disparate difference in price tags they carry. Why and how? Scientists in their exuberance, though in my view a naïve one, explain that it is because of the environmental factors that resulted in the ultimate form of each variation or the arrangement of its atoms in space (positioning in space). 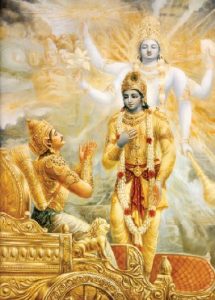 Such myriad differences in physical properties, its uses and commercial value, just because of positioning in space, though intrinsically and chemically it’s the same element, is nothing but the wonder of Maya, the real manifestation of the Divine in Its “Viraat Roop”, but only if one wants to appreciate it and bow the head in reverence to the Divine.

Continuing with this narration, let’s talk further of this very element Carbon, which is synonymous with life. Its central role is due to the fact that it has four bonding sites that allow for the building of long, complex chains of molecules.

Moreover, carbon bonds can be formed and broken with a modest amount of energy, allowing for the dynamic organic chemistry that goes on in our cells. This element along with other elements of hydrogen, oxygen and nitrogen (CHON), which surprisingly comprise all the known proteins.

Ironically all proteins, though chemically comprising mainly of these four primary elements, assume innumerable properties and forms, thus bewitching any common person with their kaleidoscopic patterns of permutations, combinations and positioning in space.

It is simply beyond all logic that when the basic materials are the having the same individually immutable chemical and physical attributes always and under all conditions, then how by combining with other element or elements out of this quadruped, end products with such diverse physical and chemical properties show their magnificence and variety, is a matter of wonder. This is purely the Maya in action which is time and again referred to by Lord Krishna as His Manifestation.

How many of us realize that life exists in the universe only because the element carbon possesses certain exceptional properties. Everybody bewitched by Maya believes that plants grow out of the soil, but in fact most of their substance comes from the air. By blending water and minerals from below with sunlight and CO2 from above, green plants link the earth to the sky. The bulk of the cellulose and the other organic compounds produced through photosynthesis consist of heavy carbon and oxygen atoms, which plants take directly from the air in the form of CO2. Our atom of carbon enters the leaf, colliding with other innumerable molecules of nitrogen and oxygen. It adheres to a large and complicated molecule that activates it, and simultaneously receives the decisive message from the sky, in the flashing form of a packet of solar light; in an instant, like an insect caught by a spider, it is separated from its oxygen, combined with hydrogen and (one thinks) phosphous, and finally inserted in a chain, whether long or short does not matter, but it is the chain of life. All this happens swiftly, in silence, at the temperature and pressure of the atmosphere, and gratis: Thus the weight of a wooden log comes almost entirely from the air. When a log of wood is burnt in a fireplace, oxygen and carbon combine once more into CO2, and in the light and heat of the fire we recover part of the solar energy that went into making the wood. Isn’t it interesting? Element Carbon has this genius of making a chemically stable two-dimensional, one-atom-thick membrane in a three-dimensional world. 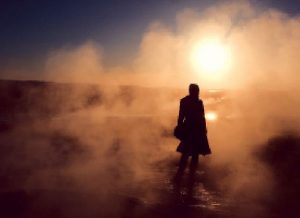 Life is practically impossible to be imagined without water. The fourth element of this quadruped of Maya’s play, the element Nitrogen is found in many organic molecules, including the amino acids that make up proteins, and the nucleic acids that make up DNA.

The remaining 04 per cent is a sparse sampling of the periodic table of elements such as phosphorus, calcium, potassium and sulphur, which are considered to play an important part for proper functioning of muscles, nerves, etc. Apart from that about 60 other chemical elements are also found in the body, but except for well studied and documented elements like magnesium, zinc, copper, boron, selenium, manganese, molybdenum etc., what all others of them are doing there is still unknown.

It is found that when the element phosphorus (P) joins the other four major elements of Carbon, Hydrogen, Oxygen and Nitrogen, other well known, yet fascinating, building blocks called DNA and RNA, with which even a man in the street now a days talks about, come into being. Eye popping intricacies of these nucleic acids shall be dealt with later.

Apart from the above mentioned quadruped of C, H, O and N forming 96 per cent of the body, the element Calcium is the most common mineral in the human body — nearly all of it found in bones and teeth. Ironically, calcium’s most important role is in bodily functions, such as muscle contraction and protein regulation.

In fact, the body will actually pull calcium from bones (causing problems like osteoporosis). if there’s not enough of the element in a person’s diet. Phosphorus is found predominantly in bone but also in the molecule ATP, which provides energy in cells for driving chemical reactions.

Other elements like iron, phosphorous, iodine, sodium, potassium, magnesium, zinc, selenium, copper, manganese, chromium, molybdenum and chlorine are also desired for proper functioning the body and these are called major nutrients. There are several other elements — such as silicon, boron, nickel, vanadium and lead — that have been considered to play a biological role but are classified as micro nutrients. Element Potassium acts as an important electrolyte and carries a charge in solution. It helps regulate the heartbeat and is vital for electrical signalling in nerves, while Element Sodium acts as another electrolyte which is vital for electrical signalling in nerves. It also regulates the amount of water in the body.

Elemental Sulphur is found in two amino acids that are important for giving proteins their shape. Chlorine as an element is usually found in the body as a negative ion, called chloride. This electrolyte is important for maintaining a normal balance of fluids. Elemental Magnesium plays an important role in the structure of the skeleton and muscles in conjunction with other elements of the quadruped.

It also is necessary in more than 300 essential metabolic reactions. Iron as an element plays a key element in the metabolism of almost all living organisms. It is also found in haemoglobin, which is the oxygen carrier in red blood cells. Fluorine, another element of halogen group is found in teeth and bones. Outside of preventing tooth decay, it does not appear to have any importance to bodily health.

Attached to one or more of the elements out of this quadruped, Element Zinc, though found in traces acts as an essential trace element for all forms of life. Several proteins contain structures called “zinc fingers” help to regulate genes. Zinc deficiency has been known to lead to dwarfism in developing countries. Likewise Zinc, Element Copper is plays as another important electron donor in various biological reactions. Interestingly, without enough copper, iron won’t work properly in the body. Iodine, another important element is essentially required for making of thyroid hormones, which regulate metabolic rate and other cellular functions. Iodine deficiency, which can lead to goitre and brain damage, is an important health problem throughout much of the world.

Element Selenium, in conjunction with any one or more of the elements in the quadruped,  is essential for certain enzymes, including several anti-oxidants. Unlike animals, plants do not appear to require selenium for survival, but they do absorb it, so there are several cases of selenium poisoning from eating plants grown in selenium-rich soils.

Element Chromium whose per centage in the body is believed to be measly 0.0000024 per cent helps in regulating sugar levels by interacting with insulin, but the exact mechanism is still not completely understood. Element Manganese believed to be just 0.000017 per cent of the body is considered essential for certain enzymes, in particular those that protect mitochondria — the place where usable energy is generated inside cells — from dangerous oxidants.

After having delved in the esoteric aspects of Maya, the exoteric perspective with the basic elements known to each one of us have been kept in focus so as to unravel the underlying magnificence of Maya.

References have been made to the main four pillars comprising of elements Carbon, Hydrogen, Oxygen and Nitrogen, vitally propped up by another 60 or more elements for proper nurturing and sustaining of life in myriad ways. Yet the impenetrable facet of ever elusive Maya with reference to other well known substances like steroids, proteins, haemoglobin, chlorophyll etc. in their cumulative splendour will be made in the next write up. 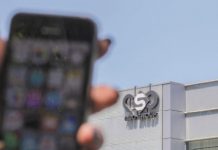