Prime Minister Narendra Modi has been awarded with the United Nation’s (UN) highest environmental honour, ‘Champions of the Earth Awards’ announced on September 26, bestowed upon five other individuals and organisations, for his leadership of the International Solar Alliance and unprecedented pledge to eliminate single use plastic in India by 2022.

PM Modi is among the six of the world’s most outstanding environmental change makers.

UN Environment Programme (UNEP) said, “This years’ laureates are recognised for a combination of bold, innovative and tireless efforts to tackle some of the most urgent environmental issues of our time.”

BJP president Amit Shah tweeted “It is a matter of great pride for every Indian” that PM has been awarded the UN’s highest recognition for people whose actions have had a transformative impact on the environment.

Cochin International Airport has also been honoured with the award for Entrepreneurial Vision, for its leadership in the use of sustainable energy.

“Cochin is showing the world that our ever-expanding network of global movement doesn’t have to harm the environment. As the pace of society continues to increase, the world’s first fully solar-powered airport is proof positive that green business is good business,” UNEP said.

The UNEP said that the awards will be presented during the Champions of the Earth Gala in New York City, on the sidelines of the 73rd UN General Assembly. 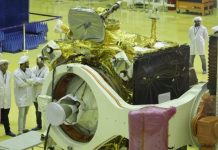