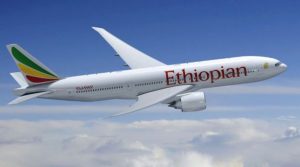 Four Indians, including a UN consultant attached with the Environment Ministry, were among those killed when an Ethiopian Airlines plane crashed after taking-off from Addis Ababa, said External Affairs Minister Sushma Swaraj.

“I am sorry to know about the unfortunate crash of Ethiopian Airlines plane ET 302. We have lost four Indian nationals in the air crash. I have asked Indian High Commissioner in Ethiopia to provide all help and assistance to the bereaved families,” Swaraj tweeted.

The minister said the Indian Embassy in Ethiopia has informed her that the deceased Indian nationals are Vaidya Pannagesh Bhaskar, Vaidya Hansin Annagesh, Nukavarapu Manisha and Shikha Garg.

“My colleague Dr.Harshvardhan has confirmed that Ms.Shikha Garg is a Consultant with Ministry of Environment and Forests. She was travelling to attend UNEP meeting in Nairobi. I am trying to reach the families of other Indian nationals. PL RT and help,” Swaraj said.

“I am trying to reach the family of Shikha Garg who has unfortunately died in the air crash. I have tried her husband’s number many times. Please help me reach her family,” Swaraj added.

“My condolences to the families of four Indian nationals who have died in an unfortunate crash of Ethiopian Airlines. Sadly, a UNDP consultant attached to my ministry @moefcc Ms Shikha Garg, also died in the crash. My prayers for the departed souls,” Dr Harsh Vardhan tweeted.

The Airlines said the crash happened at 08.44 local time, six minutes after the flight took off from the Ethiopian capital.