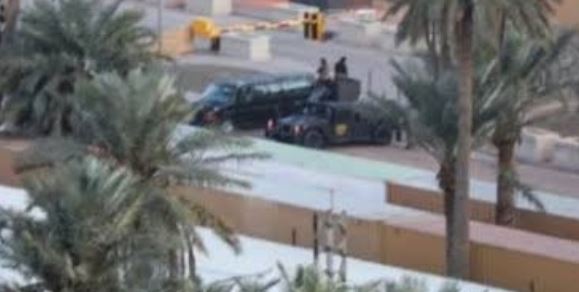 The two rockets landed near the high-security enclave where foreign embassies including the US mission are based.

According to the sources, no injuries were reported in the incident.

The attack came nearly 24 hours after Tehran launched more than a dozen ballistic missiles at Iraqi bases housing US and other coalition forces.

The strikes were in retaliation for a US airstrike that killed head of Iran’s elite Quds Force General Qasem Soleimani and Iraqi commander Abu Mahdi al-Muhandis last week.