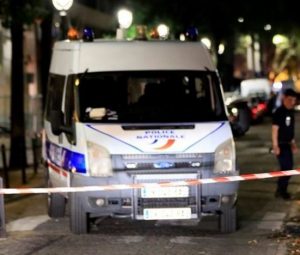 Seven people including two British tourists were injured on Sunday in Paris after they were attacked by a man armed with a knife and an iron bar, police said.

According to the police, the suspect, believed to be an Afghan national, has been arrested and no terrorist activity was suspected in these assaults, adding to it they said, the attacker had targeted “strangers in the street”.

Of the seven wounded, the condition of four people is critical, police said.

The incident took place on the banks of a canal in the northeast of the capital.

A security guard at one of the two cinemas by the canal said he saw a man who had already assaulted people being chased by two men who tried to stop him.

As per the reports, the man was armed with a knife and a metal bar, and first attacked three people outside the cinema.