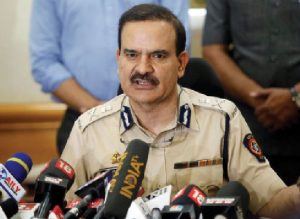 A very narrow street in Mumbai. A small hut of an illiterate family living in extreme poverty. But the English news channel running on TV within. This is a nothing but a bitter truth of detestable TV channels who are desparate for high TRP. So far, the Mumbai Police has raised many serious questions about fraud in the TRP by exposing the dishonesty of the TV channels which already have made journalism a mockery, particularly in the case of Sushant Singh Rajput’s death and Rhea Chakraborty’s arrest issue. Disclosing the scam, Mumbai

Police Chief Parambir Singh said that this might have happen in other parts of the country as well.

Among the three channels in the Mumbai Police revelations, the shocking name was that of a big channel like Republic TV. Apparently after this, a big debate has been spread across the country whether apart from sensationalizing the news to increase the TRP, such a ‘scam’ is also done? As soon as the name of Republic TV was revealed in the press conference of Mumbai Police, there was a competition between them and another big media group ‘India Today’ to show each other a villain.

In the case of Rhea Chakraborty, there was already a conflict of TRP interest between these two channels. Arnab Goswami, editor-in-chief of Republic TV, quickly appeared on his TV channel and said — ‘Mumbai Police Commissioner Parambir Singh has made false allegations against Republic TV, as we questioned him about the investigation of Sushant Singh Rajput case. Republic TV will file a criminal defamation case against Mumbai Police Commissioner Parambir Singh.’

When there was an attempt to wrap up the ‘India Today’ group on Arnab Goswami’s channel, its News Director Rahul Kanwal interviewed Police Commissioner Parambir Singh and made it clear that his group was not named in the Mumbai Police investigation so far. However, even after that, the two channels continued to confront each other on this issue. The news of the TRP scam was well received on other channels including NDTV and was debated. The bottom line is that the public of the country came to know to what extent TV channels can fall for TRPs. 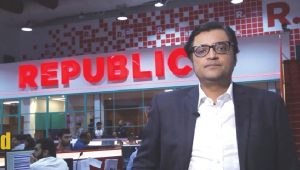 Well known journalist and former Editor of ‘Jansatta’ Om Thanvi while talking to the  Tehelka said — ‘Republic was caught. Otherwise, ‘big’ channels must have been doing this thing as well. It is business. TRP is required to collect advertisements. Otherwise, whether the channel is good or bad, TRP is not a measurement. Often good channels will get less TRP. Dishonesty is one thing in TRP. Unnecessary news, false news, dog-cat fighting, abusive anchoring, alleged debates, etc. are also ‘part’ to grab people’s attention. It is a pity that there is no regulatory body for them. Perhaps only the Supreme Court should ever give orders to make rules’.

The TRP, ie television rating point, shows how long people watched a TV channel or a show, how much they liked the channel or which show is more popular. This determines the popularity of the channel. The higher the TRP, the higher its popularity and advertisments. Currently, BARC India (Broadcast Audience Research Council India) measures TRP. Earlier this work was done by TAM.

TRP is not an actual figure but is a presumed figure. It is not practical to measure what is being watched in crores of homes in crores of households in the country at any particular time. Therefore sampling is resorted to. An instrument barometer (People’s meter) is installed in a few thousand houses. Through this, it is known which channel, program or show is being watched on that TV set and for how long. The agency analyzes the information received from the People’s Meter and decides the TRP. The higher the TRP, the higher the revenue of the channel.

On this issue Mahesh Murthy, co-founder of Exceed Space, wrote in his Blog — ‘My personal experience with the #TRPscam is that It’s been rigged in India for at least 30 years. Not just Republic TV but many channels benefit. The scam value is up to 25,000 crores or US$3.5 billion a year. Don’t blame Republic TV, but WPP that owns Mindshare, GroupM, Mediacom, Grey, Ogilvy (the last two my alma maters) Wavemaker, Wunderman JWT, Y&R, Landor, Kantar and other agencies.’

He further wrote, ‘A People Meter was basically a device attached to a statistically representative sample of TV sets in homes in India. It automatically tracked what the TV was tuned to at what time. And this info was sent to TAM, which tabulated it and released it every week as TAM ratings. In an older system, the householders kept a dairy of what they watched and submitted those in lieu. All those homes, of course got paid for all this by TAM. Remember, just 2,000 people meter homes in India. And those determined what was then 10,000 crores of TV spend (US$ 2 billion then).’

Mahesh Murthy wrote about his experience in his Blog that ‘It just takes 50,000 a month ($1,000) to fix one meter. Give me 2 lakhs we’ll fix 4 of them all the time. Or 8 of them for half the time. Or even 20 of them across India for few hours a week. Pick your geo and pick your demo SEC A/B and there’s no big deal. (For those who ask: Nope, we didnt take up this method at all.’

He wrote, ‘By the way, Republic is not even among top 10 TV channels in India. To quote BARC, impressions garnered last week by the no. 10 channel in India, Star Vijay are 17 times that of Republic. So it’s pretty much a niche channel in these 500-channel times. Republic TV revenues in 2018 were 160 crores (US$22 million). The India Today group of TV channels did 700 crore (US$ 90 million) that year. So you can see why fixing meters is a no-brainer.’

On this issue, senior journalist SP Sharma said — ‘Now that the cat has come out of the bag, then this mess must be cleared in the media now.’

The Mumbai Police Commisioner Param Bir Singh claimed at a press conference that they unearthed a ‘major racket’ of gaming television rating points (TRP), by at least three channels, including Republic TV, and arrested four people, contending that the manipulated audience numbers were crucial because they directly translated into advertising revenue.

Singh said, ‘We found some channels were paying former Hansa research group employees — contracted by BARC to carry out the research. They, in turn, were paying certain households to keep certain channels like Republic switched on to show higher TRPs.’ He added that apart from Republic, Fakt Marathi and Box Cinema were also found to be gaming the system.

The police chief said Hansa and BARC complained after they spotted ‘unusual trends’ in viewership. He said, ‘following this, the police arrested Sanjiv Rao, found 20 lakh in his bank account and 8.5 lakh from his locker, which they contended was being paid to some households to keep certain channels on.’ He said ‘in some cases, people who did not understand English were keeping English channels like Republic on through the day, Some channels paid households as much as 500 a day.’

This press conference provoked an instant denial from Republic TV, which claimed it was being targeted for its coverage of the Sushant Singh Rajput case, and added that it would sue the police. Republic’s managing director and editor-in-chief Arnab Goswami said, ‘There is not a single BARC report which mentions Republic TV. The people of India know the truth. 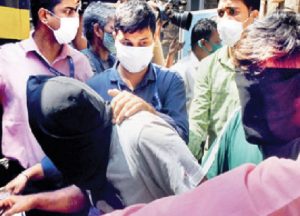 Param Bir Singh’s investigation in the Sushant Singh Rajput case is under cloud and this is a desperate measure because of the Republic TV’s reportage on Palghar, the Sushant Singh Rajput case or any other case. This kind of targeting only strengthens the resolve of everyone at Republic TV to push for the truth even harder. Param Bir Singh stands completely exposed today. Since BARC has not mentioned Republic in any single complaint, he should issue an official apology and get ready to face us in court.’

The 81st Annual General Meeting of the Indian Newspaper Society — an apex body of Publishers of Newspapers, Magazines & Periodicals in the country — was held at Bengaluru recently. L. Adimoolam (Health & The Antiseptic) was elected President and Ms Mary Paul was elected Secretary General of The Indian Newspaper Society for the year 2020-21. Adimoolam succeeds Shailesh Gupta of Mid-Day. In these elections D.D.Purkayastha (Ananda Bazar Patrika) was elected as the Deputy President, Mohit Jain (Economic Times) as Vice President and Rakesh Sharma (Aaj Samaj) as Honorary Treasurer of the Society.