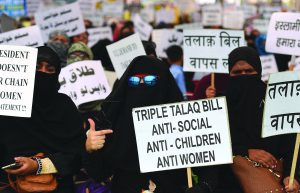 Muslim women activists who had fought tooth and nail against Triple Talaq menace are up in arms again. This time their anger is directed against the Centre’s hastily brought out Ordinance on Triple Talaq, after the Bill against it failed to get passed in the Upper House of the Parliament in the last session. Re-named as Muslim women (Protection of Rights of Marriage) Ordinance 2018, bearing the official seal of the President Ram Nath Kovind, by this Ordinance, dated September 19, instant Triple Talaq has been made illegal and void. Treated as a criminal offence, the Ordinance provides of three years jail term for the husband. The Ordinance will become an Act when it is passed by the Upper house within six months from the date it was issued

Alleging that the government did not take into consideration the recommendations made by these Muslim women activists, these women are both angry and disappointed. They said that this is not the law that they had fought for. According to them, the government just did as it wanted – making a mockery of the entire thing.

“Yeh who nahi qanoon hai jo humney manga tha, jiskey liyey humney apna raat din ek kar diya tha…” (This is not the law for which we gave up our days and nights,” says Shaista Amber, social activist and founder of the All India Muslim Women Personal Law Board (AIMWPLB).

Terming it as “anti Muslim women” Amber said that the provisions of the Ordinance create more confusion and fail to protect the victimized Muslim women who was forced to take a legal recourse against her husband when she was instantly divorced at one sitting, most of the time on a very trivial issue like there being less salt in the curry served for lunch. Amber said that by putting the husband instantly in prison on the complaint without hearing his version is unjust and against the very institution of marriage. She also was against three years of prison term and said it should be less.

Amber in a letter dated September 22, 2018, addressed to the president, CC to vice president, prime minster, union law minister and minorities minister has suggested that the minority department of the government must bear the full responsibility of the victimized family while the man of the house is in jail. She said that at no cost should the wife and children be left at the mercy of the brothers and parents or other relatives of the man. She said education, medical aid and general well being should be the responsibility of the government during the period.

She also suggested that instead of instant arrest for the instant Triple Talaq offender efforts should first be made by the government officials to strike a re-conciliation and only when all efforts fail should the man be taken into custody.

According to Amber while fear of imprisonment will act as a deterrent for the husband, proper mediation may lead him to see what a great sin he has committed in a fit of anger, rage or impatience. She said that while the Ordinance does speak of the husband providing interim allowance to the wife during the period he is in jail how can this be possible if the husband does not earn and does not belong to a class that has estate or property from which this interim allowance can be give. She said that only those women whose husbands have landed property can benefit.

Naish Hasan, another Social activist who works for women also agreed with Amber’s views. A strong advocate of the anti Triple Talaq movement she feels that the government has totally failed to honor the sentiments of the people like her who has fought the battle for the larger interest of Muslim women against this menace which reduces a women to a mere object or commodity.

“The three years imprisonment should be changed to one and the husband should be taken into custody only when he fails to take back his triple Talaq pronouncement,” said Hasan, asserting that the family will be totally destroyed if the man is away for three years. According to her the entire responsibility of keeping the household together will fall on the shoulder of the women and this will further increase both her financial as well as emotional burden for which it is unlikely that she is prepared as triple talaq is instantaneous and catches her by surprise. She said that if these recommendations are not included the Bill will only be a formality and add to the exploitation.

“It will entrench Muslim women victimised by triple talaq in the marital patriarchy rather than liberating them,” said Hasan. “I see that the movement against the evil of Triple Talaq got derailed even before it began. See the BJP took it in its hand right from the start and made all attempts to get maximum political mileage from it.”

“By diverting all the government machinery on this issue the BJP cleverly succeeded in covering up all the other major issues like lack of development, social unrest that it would have been confronted with” said an upper caste businessman, who did not wish to be identified. “But for the BJP policymakers, their purpose has been fulfilled. An upbeat government has sent home the message clear and loud that the BJP led government is committed to ensure social justice for its Muslim sisters and daughters.”

“We have seen their pain and offered them legal support,” says Hero Bajpai, a BJP spokesperson. He vehemently denied the Opposition charge that this is the game plan of the government to divert attention from the non-performance in development sector. 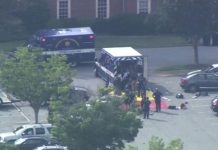