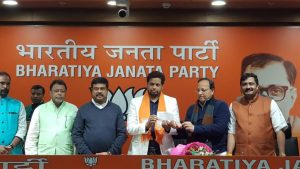 Khan met BJP president Amit Shah earlier today, before the news came that he will be joining the Saffron Party.

Khan represents Bishnupur constituency and was earlier a member of the state assembly as well.

Shooting from the Hip