Showing exemplary sense of social responsibility amid Corona shocks, a village panchayat of Punjab has unanimously offered the village cremation ground for the victims succumbing to Coronavirus.

The step assumes significance in the backdrop of disturbing incidents of area people denying cremation of the victims under a misplaced fear of contracting the deadly virus if they allowed so in their vicinity.

The panchayat of village Ghanauli in Rupnagar district on April 10, 2020 passed a resolution in which the Deputy Commissioner has been apprised about its decision to allow cremation of the unfortunate victims belonging to any part of the district. Notably, the panchayat is headed by a young, educated and married young woman Kamaljit Kaur. 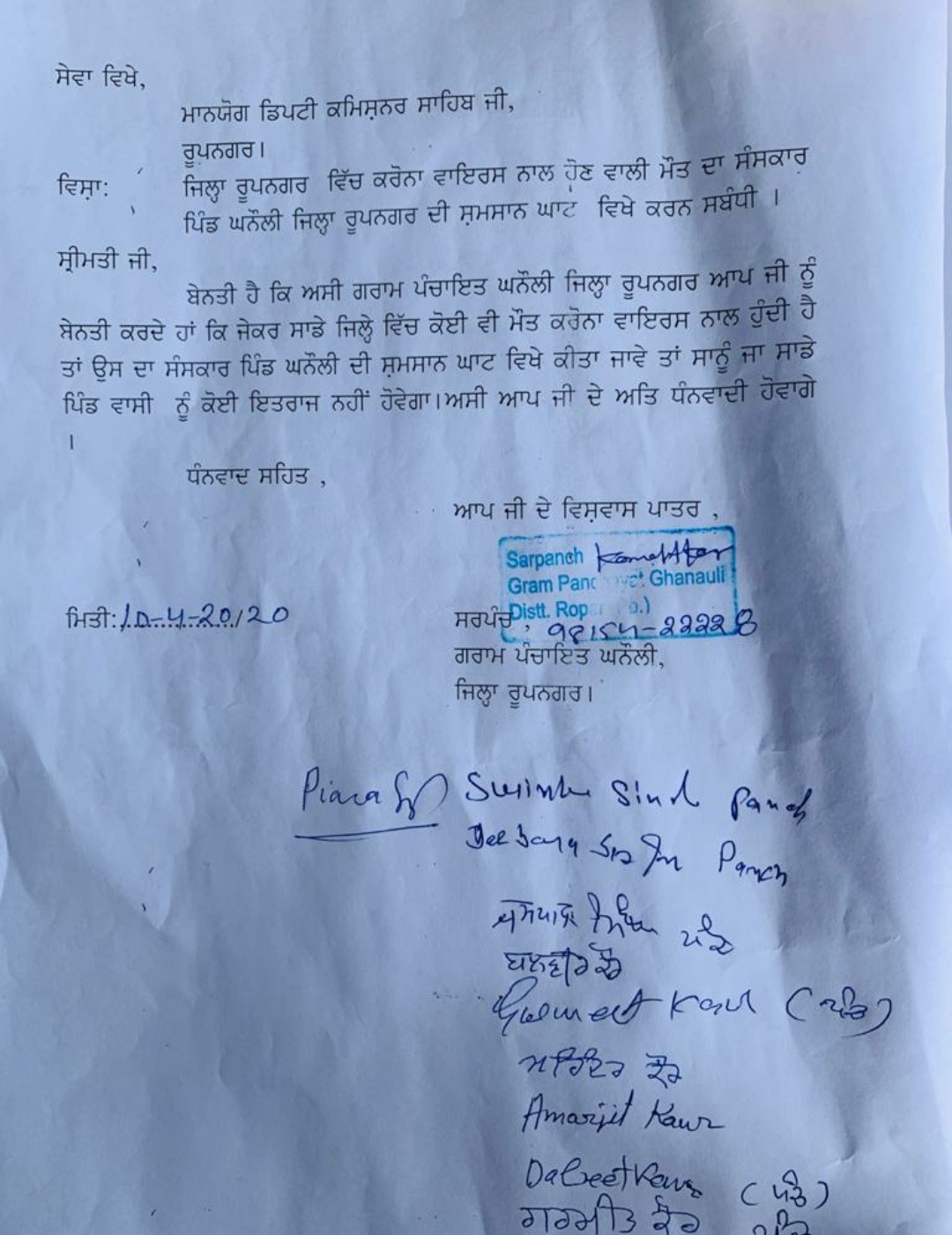 The gesture is all the more appreciable as it has come at a time when the state government is going all out to convince people about any ill-effects of Corona victims cremation as being unfounded. On April 9, 2020, two Punjab ministers Balbir Singh Sidhu and Charanjit Singh Channi had also personally attended the funeral of a victim in this district to drive home the point.

In a video tweet, Sarpanch Kamaljit Kaur said they have offered their cremation ground for any victim without any discrimination. The panchayat would offer all help and cooperation for the purpose.

Dr Daljit Singh Cheema, the chief spokesperson of Shiromani Akali Dal and former area MLA in whose constituency this village falls, is learnt to have been instrument of motivation to the concerned panchayat. The father-in-law of the Sarpanch is the member of  Shiromani Gurdwara Prabandhak Committee.

When contacted, Dr Cheema commented that the decision of the panchayat is a trendsetter and the state government, as part of the strategy adopted to fight the virus, should launch a statewide sensitization campaign citing example of this panchayat.