A 6.1 magnitude earthquake hit Hindukush mountain of Afghanistan in the afternoon of January 31, whose tremors were felt in far away regions of India at Jammu and Kashmir, Punjab, Haryana and Delhi-NCR. Besides, Pakistan and Eastern Uzbekistan strongly felt the tremors.
One girl was reportedly killed and 11 others were injured in the quake at Quetta town in Pakistan. No damage has been reported in India.
“Delhi Metro trains were halted briefly but services were not disrupted,” said a Delhi Metro official.
India met department confirmed the news of tremors in a tweet: Earthquake of Magnitude:6.2, Occurred on:31-01-2018, 12:36:32 IST, Lat:37.4 N & Long: 69.6 E, Depth: 190 Km, Region: Afghanistan-Tajikistan Border. 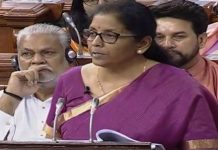