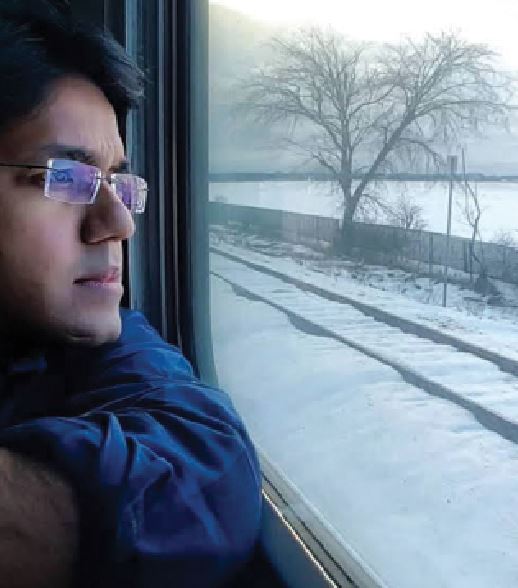 ACKNOWLEDGED as a global Travel influencer, and one who has in just five years travelled to almost 25 countries and helped boost their tourism through his travel Vlogs on his YouTube Channel Mountain Trekker, 39-year-old Varun Vagish, carries a dream of helping raise the bar for domestic tourism. With a 1.5 million loyal subscriber base, 400 blogs and 175 million views he occupies the top slot among the travel bloggers in the Country. This solo, budget, traveller not only has a huge fan following of people from all group who swear by his blog content and feel motivated to one day follow their travel passion there are also several like Deepanshu Sangwan, and Shubhams who treat him as their Travel Guru and have followed in his footstep and are today well-known travel bloggers.

His recent Ted Talk titled ‘The 1000 Mile Journey Doesn’t Require a Million Bucks’ has been a great hit with his followers. “I love the mountains and hence when I started my YouTube channel in 2017 named it Mountain Traveller,” said Varun. Even before he started his channel he had been going to off-beaten and remote places in the villages of Himachal Pradesh and Uttarakhand.

He said that but never did he think in his wildest dream that his passion will one day turn into his profession. Now a full-time traveller he worked as a journalist, dabbled with jobs in the government PR department and continued his first love of travel. But soon it dawned on him that it is not easy to maintain a healthy balance between the two and so he opted to venture into full-time blogging Q:

Varun in his blogs not only provide his viewers with scenic and natural beauty he also gives information about travel expenses, how to get the visa, and other tips and tricks that can make their travel memorable. He selects off beat or non-touristic places that are generally not found on Google. During these trips he also often stays with families who need an economic boost. He shares the details, like emails, phone numbers and requests his subscribers to try it outputting up here if they travel to this part of the world.

Volunteering, couch surfing and hitchhiking, are three modes he uses on his travels. While these are helpful ways to adopt for budget travel but Varun says for him these are ways of connecting with the people, learning about a different culture and lifestyle, cuisine. His couch surfing hosts and people who give him lift while hitchhiking and the persons or organization for which he does volunteering, all help him in getting “local when global”.

Through volunteering, he learns new skills and also helps leave behind his ‘good work’ for his host. Like for instance, in his trip to a remote place in America, he worked as a volunteer for an old man who had acres and acres of a rather unkempt land. Varun first learned from him how to make the wooden framework and laying cement panels on the ground and later replicating what he had learnt for his host. When he was saying goodbye to his host made him sign his name, date and country on the frame. That was a beautiful moment for him.“I had left my footprints literally and also the name of my country. It was worth all the hard work,” he said adding that staying as a volunteer is not always very satisfying and one has to often make do with substandard food and lodging. 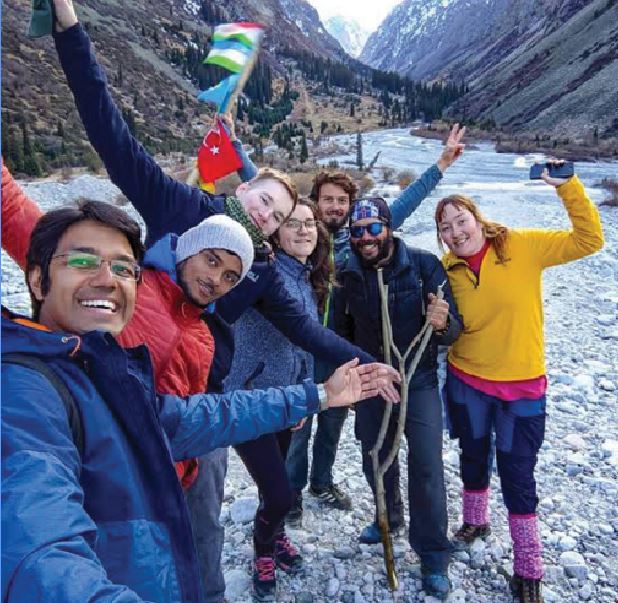 But these small sacrifices do not dampen his spirits and his love for adventure surmount everything else. “I am happiest when I am travelling. I enjoy the entire feel, the joy of discovering alien and different cultures. It is a learning process and I wish to gain knowledge as I travel,” says Varun with his disarming smile.

In hitchhiking he said many times he had to wait for hours and it was very tiring and at times very frustrating but he learnt the virtue of patience from hitch-hiking which is an asset that holds good for life.

Despite his lust for travelling to foreign lands, Varun always carries within him an Indianess which is clearly visible in all his blogs. Whenever he sees something good in any country that makes life easy and spells fun, for instance speed internet, cycle tracks one finds him say longingly, “I wish we also had them back home.”
No wonder then that Varun is also very eager to help the Indian tourism industry and in the bargain, help raise the economy of the locals, especially in remote areas where tourism is almost non-existent.

“With my subscriber base and my unique quest to travel to remote, untread corners, I feel I can help in raising the economy of the poorest of the poor area by opening a door to tourists through my blogs. It is my greatest desire to help boost travel tourism in my Motherland”, says Varun. He feels happy receiving raving reviews from the countries he has visited and they have given him the credit for boosting their tourism through his Vlogs. Incidentally, Varun is the recipient of the National Award by the Government of India for promotion of Tourism. “Has travel contributed to building you as a person?”.

“It most certainly has. It has made me shed preconceived notions. It has taught me to accept people, to understand them as they are. It has taught me to understand that all humans cannot think, eat and live like you, you have got to give everyone a chance to be himself and not accept him or her to do as and what you do.” explains the globe trotter.
Varun is a pure vegetarian and it is difficult to be so when you are travelling to foreign shores but Varun manages. He says he has curtailed his yearning for exotic dishes and accepts that if he wants to travel, he will have to learn to survive on frugal food in sometimes total non-veg countries. Fruits and juices, dairy stuff like curd and cheese, bread and butter, dry fruits are hissafest bet.

At 39, he is single. Varun’s Zodiac sign (29th March) an Arien makes him very headstrong. Combined with his nomadic lifestyle does he not feel it will not be possible to find a girl for marriage.“Not at all. I am a fun and steady guy and a fully committed one. Any girl will feel good to take me as a life partner. But truly speaking I do not believe in the institution of marriage, I feel that it kinds of binds two people. There should be an understanding and the two should feel happy together for this you do not require a marriage certificate,” says Varun who otherwise appears very traditional.

He says that the two people who have understood him and his travel passion and never discouraged him when he wanted to travel are his parents. Both government servants, they let Varun chase his dream.
“I kind of feel parents sense what is best for their offspring. I know they were a little apprehensive when I left my stable government job and decided to become a full-time blogger but they never let their fears overtake my zeal.

He recalls with great pride how once on his trip home when he was driving down his parents a man fervently gestured to him to stop, initially he tried to ignore and seeded up but when he followed he stopped the car and pulled down the windowpane.
“The man had a big smile on his face and said,” Need a selfie with you.”.
That moment I could see a strange expression of pride on my parents’ faces and believe me I enjoyed this celebrity moment a lot. Thank you for making me a celebrity in front of my parents,”

Varun took his first international trip during COVID-19 on 5th September 2020 after full one year. With no visa for Indians for travelling to Serbia in Europe and hence his blogs during the pandemic were a delight to watch during the lockdown. He made us believe that there is still a world outside the homebound Corona masses. His blog came as a breath of fresh air. 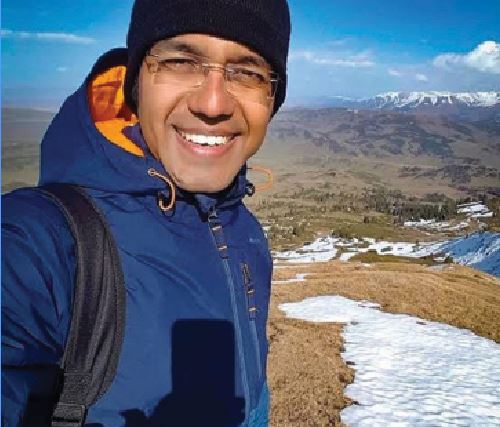 Travel means people and places. Is it not difficult to detach yourself from people and places.?
“Well, initially it used to be very difficult. I used to feel very emotional as I wrapped up a visit. But as the frequency of my trips increased I became less sentimental,” he said
Well, it is not that he does not feel that lump in his throat as he bids goodbye it’s just that he knows that there is another place, another group of amazing people waiting for him to join him in his next journey. Varun shared his master plan on tight budget travelling. He divides his expenses into three categories. They are lodging, Food and Transport. Varun prefers hostels and homestays over expensive hotels, buys food from the supermarket, opts for overnight trains and hitchhikes while on road.

Opting for job security over full-time blogging was a high-risk option but it proved to be a wise decision. Not only did he get more time to travel and he also got time to be his own boss 24x 7 and thus plan more content. Cheap data and the availability of inexpensive basic smartphones made his subscriber list boom. With the pandemic and lockdown, people increased their screen time and this made Youtubers like Varun build their empire. There was a crazy jump upwards in his subscribers overnight. Pandemic proved to blessings for Varun. But for his loyal followers to stay put it is important that he keeps improving his content and keep control of both their mind and heart through his innovative and magical blogs.