Tehelka from time to time has been exposing the government and mafias nexus for illegal mining and recently too we did a series beginning with our cover story “The Black Truth”. The Supreme Court of India has now issued notices to the Ministry of Environment, Ministry of Mines and Department of Atomic Energy. However, all leads don’t reach their logical conclusions and the nature takes it revenge. Way back in February 2010, the then Environment Minister Jairam Ramesh had attended a meeting of Save the Western Ghats group activists in Kotagiri in Tamil Nadu. At the meeting, the activists spoke of threats to biodiversity in the entire 1500 km range along the coast with its footprints in Kerala and adjoining states because of mining, industries, hydropower and other construction. After the meeting, the minister announced setting up of a 9 member Western Ghats Ecology Expert Panel under ecologist Madhav D Gadgil who later submitted a report on the fragility of Western Ghats. Had the Kerala Government been responsive to the report of the Gadgil committee, the tragedy of this magnitude would not have happened.

How the government dumped the Gardgil report could be understood from the fact that a High-Level Working Group formed in April 2013 found that Kerala State Government in particular had objected to the Gadgil panel’s proposed ban on sand mining and quarrying, restrictions on energy projects and complete ban on new polluting industries. The key recommendations of Gadgil submitted in 2011 had suggested against new licenses for mining. Also where mining already existed, it should be phased out in five years by 2016. The report described the entire Western Ghats as an Ecologically Sensitive zone and recommended that no new dams based on large-scale storage and no special economic zones be permitted. The Gadgil Committee said in clear terms that clearance should not be given to commissioning of the Athirappilly and Gundia hydel projects. It also went on to suggest against use of steel, cement, concrete in any new construction and discouraging cultivation of annual crops on slopes. However, in the name of development, the report that warned of an imminent flood was ignored describing it as “too environment-friendly”. Madhav Gadgil has himself publicly argued that had the concerned state governments implemented the report’s suggestions, the scale of disaster in Kerala would not have been as huge as it is -lakhs displaced and the toll close to 400. He has warned that “Goa may face the same fate as the flood-battered Kerala if it does not take precautions on environmental front”. The big question is: Development at what cost? 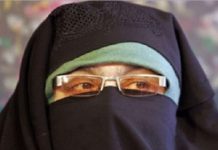