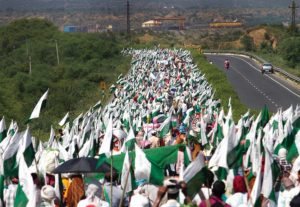 The discourse of General Elections 2019 kick-started striking the right chord with majority of voters by addressing the agricultural distress and unemployment. These are the two major issues that require immediate attention to achieve growth in real terms. When the political parties were gearing up to devise new strategies to muster votes in 2019 Lok Sabha Elections, farmers had started becoming more organised, consolidated and were able to create an impact on the think-tanks of the different political parties.

The rallies and protests by the farmers’ unions putting a united front like AIKSCC (All India Kisan Sangharsh Coordinating Committee), a joint platform of about 200 farm organisations across India formed in June 2017, gave a big boost to the farmers’ movement in post- liberalised India. This was reinforced by the 180-kilometer foot march by thousands of Maharashtra farmers in March 2018 that converged in Mumbai. The protests by farmers in different parts of India like Uttar Pradesh, Punjab and other states sent a timely message to the power hungry politicians that there is an urgent need to reform the agriculture sector.

While the major demands of farmers in state-level protests were immediate relief from debt and implementation of reports of National Commission for Farmers headed by the renowned agricultural scientists and Father of Green Revolution in India, M .S. Swaminathan; the AIKSCC raised the demand for a special session of Parliament to discuss and pass two Kisan Mukti Bills:  (i) The Farmers’ Freedom from Indebtedness Bill (ii) The farmers’ Right to Guaranteed Remunerative Minimum Support Prices for Agricultural Commodities Bill, 2018.

These two bills were introduced in Parliament as Private Member Bills. The massive protests by the farmers throughout the country sparked the hope of revival of agriculture. The coverage to farmers’ unrest by the national and regional media and consequent switch of political narrative from communal politics to fundamental issue of livelihood of people galvanised the hope of an election battle that would be worthwhile.

Come February 14, and the whole narrative acquired a different swathe. The ruling NDA alliance and Prime Minister Modi, used the Balakot air Strikes carried out by the Indian Air Force after the Pulwama terrorist attack on CRPF soldiers as a ploy to reverberate the nationalist sentiments among the electorates. At the election meetings and on the social media, the BJP top leaders are illustrating it as a commendable achievement of the Narendra Modi Government.

There is no gainsaying the fact that the national security of the country is paramount, but at the same time, welfare of the common man is also important. The rhetoric on international territories and global supremacy lose its meaning if there is internal unrest and food producer of the country is losing right to decent living. There is an urgent need to mobilise discussions on the plight of farmers and put in accelerated efforts in ameliorating the productivity, profitability and sustainability of small farmers (marginal and small farmers constitute about 80 per cent of the total agricultural landholdings in India). At the same time, there are landless farmers and agricultural labourers, who are terribly impoverished and completely unaware of their entitlements.

The studies conducted by independent agencies contend that in the last five years, more than four crore jobs have been lost. The average agriculture growth has remained about 2.9 per cent during this period. Taking into perspective the announcement made by Modi led NDA government regarding doubling of farmers income, the investigation at the ground level provides a dismal picture.

It was on 28 February 2016 that Narendra Modi announced with a fanfare his government’s ambitious plan of doubling the farmers’ income in six years. History testifies it that transfer of workforce from agriculture to other sectors of the economy mainly manufacturing and industry is a prerequisite for raising the level of income of farmers. This happened in Europe and America when the industrial revolution spurred the demand for labour due to expansion of factories. As a consequence, the surplus labour in agriculture switched over to industry and this further resulted in consolidation of small farms making agriculture a profitable profession.

The effort on the part of policymakers to create avenues for the surplus labour in agriculture is has remained half-hearted. Even the NSSO Survey recorded that 40 per cent of the farmers want to quit agriculture as they are under acute debt stress and farming is not remunerative. This has been widely debated and there has been almost a consensus that small landholdings are unviable in market driven economies, thus cannot sustain a family of four or more. The rising number of farm suicides is evidence to failure of economics in agriculture. The increasing cost of farm inputs and stagnation in the commodity prices has created a wide gap between cost and return on agriculture and this issue really needs an immediate attention.

The Economic Survey of 2017 (the latest available Economic Survey is of 2017 as there was no Economic Survey in 2018) confirms that farmers’ income remained stagnant. Though hundreds of farmers have committed suicides due to financial pressure, no official statistics are available on farmers’ suicides during the last three years. While there is so much of unrest among the farming community and the issue of agricultural indebtedness and suicides of farmers has been vehemently raised by the farmers’ outfits and non-governmental organisations, the effort on the part of government to study the issue adopting a pertinent methodology is conspicuously absent.

The Kisan Samman Nidhi Yojna 2019, rolled out in run-up-to the general elections cannot solve the problems of agriculture for agriculture has remained neglected in past so many years. An extract of an interview of Sharad Pawar, the incumbent Union Minister for Agriculture to India Today in June 2007, provides a testimony to the persistent neglect of agriculture by the successive governments in India. The minister had reportedly said, “Agriculture deceleration had started in 1995-96. The main reason is that budgetary provision for agriculture has come down significantly. It’s only about 2 per cent. The annual spending on irrigation is just 0.35 per cent. So while communication was getting 13 per cent, agriculture, on which 68 per cent of the population is dependent, was getting only 2 per cent.”

The Green Revolution resulted in self-sufficiency in food and helped farmers reaping the gains because there was a collaboration of technology, input availability and assured market at financially rewarding price. In present situation, in the contrary, the political parties have been more inclined towards freebees in the form of debt waivers but are not educating the farmers on how to make judicious use of technology and bank credit. The low level of education among farmers is one of the reasons for falling into debt trap. The Pradhan Mantri Fasal Bima Yojna has also remained a lacklustre affair as the benefit to the farmer has been superseded by the corporate greed of the private insurance players. Lack of transparency and access to insurance officials has drained the hard earned income of farmers in insurance premium with no aid in the wake of crop failure.

While no political party has touched this issue, the international forums have raised the alarm bells on climate change, global warming and its impact on Indian agriculture. The Intergovernmental Panel on Climate Change (IPCC) has warned that India is currently the fourth highest emitter of carbon dioxide in the world and will be among the countries affected worst by climate change. The agricultural incomes are predicted to be immensely affected due to lower rainfall and increasing temperatures, the coastal communities will in a peril from flooding and rising sea-level. Hence, a projected decline in crop output and nutritional value of food will result in decay of population.

Such warnings have made no impact on the political aspirants as their headlong rush for power is the only motto in the garb of service of nation. 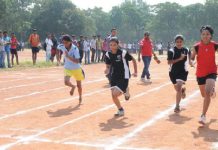