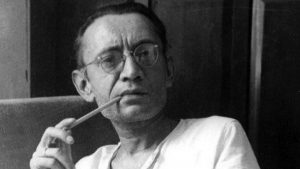 I have been in love with Saadat Hasan Manto’s writings right from my teenage days when I had first read his short stories. Stark, they hit! And, as I read details to his struggles, the challenges and pains he went through, I simply marvelled the man’s survival prowess. Though, to be honest, at times, I would sit wondering the contradictions attributed to him; on one hand he was portrayed as a loving husband and doting father yet his visits to prostitutes and sex workers were also played up. Somehow, something it did not seem to jell.

Thankfully, some of that haze to Manto got cleared in 2005, as it was around that time I happened to meet and interview his grandnephew, Abid Hasan Minto, when he had travelled to New Delhi to attend a Progressive Writers’ Meet at the Jamia Millia Islamia. A senior advocate of the Supreme Court of Pakistan, also, the President of the National Workers’ Party of Pakistan (NWP) and together with those political frills, perhaps the biggest frill — the fact that he was himself a well-known writer and critic. And, at the start of that interview, with much curiosity I asked him this crucial why- “Why did he, Abid Hasan Minto — spelt his surname differently. Why Minto and not Manto?”

He had detailed, “Manto is a Kashmiri surname. Saadat Hasan Manto was my father’s paternal uncle. The surname Manto was too closely associated with him, with one particular individual. My father had dropped the surname, but I chose to take it with a change in spelling.” He had further said, “We are ethnic Kashmiris… My father’s grandfather had shifted from Srinagar to Amritsar. In fact, my parents were born in Amritsar and my mother was the niece of Saifuddin Kichlu. I was born in Rawalpindi in 1932, though on the eve of Partition I was holidaying in Srinagar.”Of course, I had asked him all those curiosity — laden queries about Saadat Hasan Manto-the ‘whys’ to his  friendship with  prostitutes in Mumbai , to his mental and emotional fragility, to his  near-poverty existence, to all those contrasts he seemed saddled with.

And, this is what he had told me: “Saadat Hasan Manto was my father’s paternal uncle (chacha). I got close to Saadat Hasan Manto when I came down to Lahore around 1953 to study law. He was already living there and I had interacted with him regularly for two years — till he died…. Regarding he being mentally fragile, that’s just not true. No, not at all…he was not mad, on the contrary very sharp and clever. It’s just that he was an alcoholic and in those days there were no de-addiction centres or clinics for alcoholics, and anybody with alcohol-related problems was dumped in an asylum. And, regarding his name getting linked to prostitutes, I can say with great confidence that he was absolutely in love with his wife and greatly committed to her. They were happy with each other, happily married till the very end. She was also a Kashmiri like us and her family earlier shifted to Africa and later to Mumbai. And that’s where they had met and married.”

Then why those endless tales of his sexual flings with women of all shades?  To this Manto said, “Maybe before his marriage, whilst he was living in Mumbai, he mixed around with all sections and all levels of people. Also, there could be an underlying factor to it — he was taken up by the non-elite and those from the socially lower strata. But, after his marriage he was devoted to his wife and except for those alcoholic-related offshoots, he suffered from no other disease or problems. Another fact stands out: he was severely affected when his only son died as a child. Though he had three daughters but that loss played havoc and he was in deep sorrow. No, it’s not the Partition chaos that affected him as much as the death of his little son. Somehow till the end he couldn’t get over it and it had left him completely devastated…That was Manto.”

Now that we have slowly realised the genius of this exceptionally honest writer, I hope more books are written on him and several more films made on him. Of course, Nandita Das has made this wonderful film on him and the latest book on him has just been launched-‘Manto Saheb-Friends and  Enemies on the Great Maverick( Speaking Tiger), yet the void stares and continues to stare…There ought to be much more focus on Manto saheb.

Isn’t it time that we salute this writer’s courage… the stark idealism he carried right through, till his last day. Maybe ‘Manto museums’ are setup in the three cities in India he was associated with — Amritsar, Mumbai and Srinagar — so that the young and the upcoming writers  get that much needed inspiration after reading his books, letters, works.

In these dark times, Manto saheb is needed. Desperate and urgent need of the day. His honesty, his forthrightness, his blatant criticism of the rulers, his distrust of the system and all that it heaps on the individual, his raw emotions and passions, his utter dislike of the rich and mighty, his bonding with the commoners, his ability to see through the fake and fraudulent, need to be focused on. That ongoing and repeated focus on his works.

Manto saheb has to be placed up there. On the high pedestal. 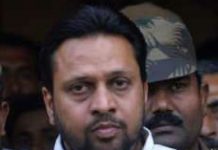